What will it take for the Director of Public Prosecutions (DPP) actually to prosecute someone for assisted suicide? 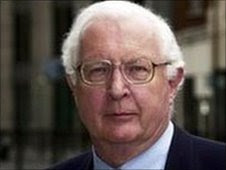 The Director of Public Prosecutions (DPP), Keir Starmer, whose job it is to prosecute people who break the law, announced last Friday that he did not consider it to be in the public interest to bring a case against former GP Michael Irwin (pictured), for assisting the suicide of pancreatic cancer sufferer Ray Cutkelvin in 2006.

It was not that he lacked evidence to do so. Irwin had literally begged the DPP to put him away so that he could become a martyr for the pro-euthanasia movement. He had even provided documentary evidence of his involvement in terms of a £1,500 payment towards paying for Cutkelvin's visit to the Dignitas Suicide facility in Zurich.

In fact, Irwin, previously chairman of the Voluntary Euthanasia Society (now euphemistically rebranded Dignity in Dying) has helped no less than nine people kill themselves, and had even been struck off by the General Medical Council in 2005 for a past attempt.

But nonetheless, the DPP judged that although he had clearly done the deed, it was not in the public interest to make him stand trial.

His justification for this was that Irwin’s case did not fulfil enough of the 22 ‘prosecution criteria’ that he had made public at the request of the Supreme Court ruling on the case of Debbie Purdy last July.

Assisted suicide remains illegal in Britain and still carries a custodial sentence of up to 14 years for convicted offenders. But of over 130 British citizens who have so far travelled to Switzerland to be helped to kill themselves, none have even been tried, let alone convicted.

And the three most recent cases (Downes, Bateman and Rees) have all been let off on the grounds that they were ‘wholly motivated by compassion’ – a mitigating factor seemingly open to liberal interpretation and not easily testable in court (especially given that the key witness in all cases is dead and unable to give evidence).

It appears a pattern is emerging. The police seem reluctant to investigate. The DPP looks to be unwilling to prosecute. Juries are reticent to convict and judges, for those very few cases that do reach this stage, are giving light sentences.

This sort of ‘legal sanction’ is exactly what first happened in the Netherlands and led eventually to an eventual change in the law in that country - legalisation by stealth.

No wonder that disability rights leaders in this country have just launched a Resistance Campaign asking MPs to sign a charter supporting better care and services for elderly and disabled people and no change in the law.

So far Parliament has stood firm, as have professional groups like the British Medical Association, believing that any change in the law would be a threat to public safety.

One wonders however what it will take for the DPP, the very person appointed to uphold the law, actually to prosecute someone. If he wants the current law to act as an effective deterrent against abuse he will at some point have to be willing to show some teeth.

But the impression he has given with this latest judgement, is that any would-be assisters may go at least as far as Dr Irwin has thus far, without any fear of legal repercussion.
Posted by Peter Saunders at 11:00