William Wilberforce was an extraordinary reformer but what was the secret of his motivation and perseverance? 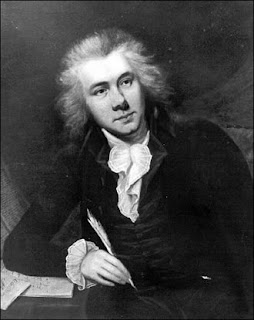 John Piper’s Christian biographies are a must if you enjoy inspirational MP3s. I listened to his masterly treatment of William Wilberforce for the third time today on an eight mile run and still found it profoundly refreshing.

William Wilberforce was the British Parliamentarian who led the campaign to abolish the slave trade and just three years ago we celebrated the bicentenary of his success in 1807. He has inspired many social reformers and those who desire to shape public policy today can still learn a great deal from studying his methods.

But Piper’s account goes right to the heart of understanding where Wilberforce’s motivation, inspiration and dogged perseverance actually came from. As always Piper draws on original sources and in particular Wilberforce’s own book, A Practical View of Christianity, which was first published in 1797.

‘What made Wilberforce tick’, says Piper, ‘was a profound biblical allegiance to what he called the "peculiar doctrines" of Christianity. These, he said, give rise, in turn, to true affections – what we might call "passion" or "emotions" – for spiritual things, which, in turn, break the power of pride and greed and fear, and then lead to transformed morals which, in turn, lead to the political welfare of the nation.’

In other words Wilberforce’s political ambitions - and principally his lifelong commitment to abolishing slavery - were the direct product of his evangelical Christian faith. He said, ‘If . . . a principle of true Religion [i.e., true Christianity] should . . . gain ground, there is no estimating the effects on public morals, and the consequent influence on our political welfare.’

Piper goes on to explain that Wilberforce ‘believed with all his heart that new affections for God were the key to new morals and lasting political reformation. And these new affections and this reformation did not come from mere ethical systems. They came from what he called the "peculiar doctrines" of Christianity. For Wilberforce, practical deeds were born in "peculiar doctrines." By that term he simply meant the central distinguishing doctrines of human depravity, divine judgment, the substitutionary work of Christ on the cross, justification by faith alone, regeneration by the Holy Spirit, and the practical necessity of fruit in a life devoted to good deeds.’

Wilberforce in fact felt so strongly about the real root of his commitment to abolishing slavery that he called the practice of ‘considering Christian morals as distinct from Christian doctrines’ a ‘fatal habit’.

However don’t let me spoil it for you. If you want a brilliant introduction to the life of Wilberforce based on his own writings which goes far deeper than the 2006 movie ‘Amazing Grace’ to describe his early life and conversion, his relationship with John Newton, the story of slavery’s abolition, the identity of his other main lifetime ambition, his family life, mystery illness and the secret to his amazing perseverance then you can’t do much better than John Piper’s MP3 (or, if you prefer, the online transcript).
Posted by Peter Saunders at 10:53