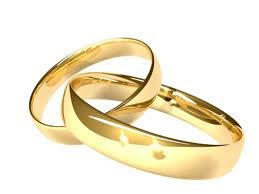 With the launch of the ‘Scotland for marriage’ campaign this last week and the news that the Church of England will not be allowing civil partnerships to take place in Anglican churches without General Synod approval the temperature is beginning to rise on the same-sex marriage debate in the UK.

Later this week on 9 December the Scottish consultation on the matter closes and a Westminster consultation is apparently beginning in February. Prime Minister David Cameron has already voiced his support for legalistion.

Last weekend the Guardian newspaper, which has perhaps predictably positioned itself as a same-sex marriage advocate, has tried to anticipate what some of the arguments in the debate will be.

Much of the discussion will no doubt centre around the evidence about the link between legalizing same-sex marriage and the decline of marriage as traditionally understood.

A friend has just drawn my attention to an article by David Blankenhorn titled ‘Defining Marriage Down is no way to save it’.

Blankenhorn is president of the New York-based Institute for American Values and the author of ‘The Future of Marriage’.

He asks the question, ‘Does permitting same-sex marriage weaken marriage as a social institution or does it have little or no effect on marriage overall?

He points out that scholars and commentators have different views and that a straight causal relationship is difficult to prove.

However he goes on to argue that there is much to be gained from ‘giving up the search for causation and studying some recurring patterns in the data’ and demonstrates that ‘certain clusters of beliefs about and attitudes toward marriage consistently correlate with certain institutional arrangements’.

These correlations crop up in a large number of countries and recur in data drawn from different surveys of opinion.

‘Take the International Social Survey Programme (ISSP), a collaborative effort of universities in over 40 countries. It interviewed about 50,000 adults in 35 countries in 2002. What is useful for our purposes is that respondents were asked whether they agreed or disagreed with six statements that directly relate to marriage as an institution’:

1. Married people are generally happier than unmarried people.
2. People who want children ought to get married.
3. One parent can bring up a child as well as two parents together.
4. It is all right for a couple to live together without intending to get married.
5. Divorce is usually the best solution when a couple can't seem to work out their marriage problems.
6. The main purpose of marriage these days is to have children.

So what of it? Granted that these correlations may or may not reflect causation, what exactly can be said about the fact that certain values and attitudes and legal arrangements tend to cluster?

Here's an analogy. Find some teenagers who smoke, and you can confidently predict that they are more likely to drink than their nonsmoking peers. Why? Because teen smoking and drinking tend to hang together. What's more, teens who engage in either of these activities are also more likely than nonsmokers or nondrinkers to engage in other risky behaviors, such as skipping school, getting insufficient sleep, and forming friendships with peers who get into trouble.

Because these behaviors correlate and tend to reinforce one another, it is virtually impossible for the researcher to pull out any one from the cluster and determine that it alone is causing or is likely to cause some personal or (even harder to measure) social result. All that can be said for sure is that these things go together…

It's the same with marriage. Certain trends in values and attitudes tend to cluster with each other and with certain trends in behavior. A rise in unwed childbearing goes hand in hand with a weakening of the belief that people who want to have children should get married. High divorce rates are encountered where the belief in marital permanence is low. More one-parent homes are found where the belief that children need both a father and a mother is weaker. A rise in nonmarital cohabitation is linked at least partly to the belief that marriage as an institution is outmoded. The legal endorsement of gay marriage occurs where the belief prevails that marriage itself should be redefined as a private personal relationship. And all of these marriage-weakening attitudes and behaviors are linked. Around the world, the surveys show, these things go together…

Inevitably, the pattern discernible in the statistics is borne out in the statements of the activists. Many of those who most vigorously champion same-sex marriage say that they do so precisely in the hope of dethroning once and for all the traditional "conjugal institution."’

He quotes similar evidence from related studies and then goes on to quote a number of same-sex marriage advocates to support his argument.

It’s well worth a read.
Posted by Peter Saunders at 07:10