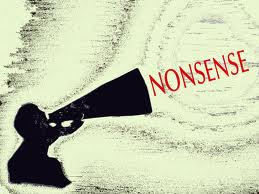 Virtually every sentence in it contained claims that were inaccurate, distorted or simply false. It was, in short, a breathtakingly naïve and misleading piece of arrant nonsense.

I have reproduced it line by line below with my own comments in italics.

It is surprisingly hard to find in the Bible a consistent endorsement of heterosexual marriage as we now understand it.
>> It is actually surprisingly easy for anyone who examines the Bible rather than reading what others with an agenda write about it. Marriage as ‘one man, one woman for life’ features from the first chapters of Genesis to the last chapter of Revelation. I have outlined the biblical case elsewhere on this blog.

The Old Testament is replete with stories of men like King Solomon who had 700 wives and 300 concubines.
>> No Solomon is unique in having this number of wives and concubines. Although polygamy was practised by some Old Testament characters it was nowhere commanded nor endorsed and it is difficult to find a single biblical example where it did not lead to serious family problems including jealously, favouritism, rivalry, apostasy and family breakdown.

And the New Testament is generally populated by single men and women whose domestic arrangements have little in common with the model of Christian marriage that is now being aggressively defended by Cardinal Keith O'Brien and others.
>> No again. Paul was unmarried like some New Testament leaders but this was a special (almost unique) calling. The other apostles and Jesus’ brothers were married (1 Cor 9:5). Furthermore Paul taught in the pastoral epistles that elders and deacons must be ‘husbands of one wife’ who ‘manage their families well’.

Indeed, the best that many wedding service liturgies can do to insist that Jesus himself supported the institution of marriage is to say that he once turned up at one.
>> The Gospels record that Jesus performed his first miracle at a wedding (turning water into wine) but he also upheld Old Testament teaching on marriage as ‘one man, one woman, for life’ (Matthew 19:1-12). Marriage is also used throughout the New Testament to symbolise Christ’s union with his bride the church underlining the crucial importance of the covenant.

Cardinal O'Brien is, however, getting completely carried away when he speaks of gay marriage as an attempt to 'redefine reality'.
>> No because Cameron’s plan is to redefine marriage ('the voluntary union for life of one man and one woman to the exclusion of all others’) to include same sex marriage. But same-sex marriage is an oxymoron like a four wheeled bicycle or a two storeyed bungalow. This is actually a redefinition of reality.

Traditionally, the church has explained the purpose of marriage in terms of three features: that it's the proper context for raising children, that it promotes monogamy and that it exists for the mutual comfort and society of one person for another.
>> No the church has always added that it is also the union of one man and one woman (biological complementarity) with the potential of procreation (it impossible for same sex parents to procreate without invasive technology and/or donor gametes)

How can the application of these three features to gay marriage justify the cardinal's blustering hyperbole?
>> Because these are not the only factors

Of course, the cardinal has not been alone in seeking to whip up moral panic.
>> No he has been backed by the Pope, the English and Welsh Catholic Archbishops, the Archbishop of Canterbury, the Archbishop of York, hundreds of other Christian leaders, over 130,000 signatories to the C4M petition and numerous other commentators of all faiths and none.

The Archbishop of York recently described David Cameron's expressed desire to extend marriage to homosexuals as something done by ‘dictators’.
>> This was a reference to the fact that he is introducing this measure without any democratic mandate, having not mentioned it in his manifesto and without carrying out a consultation as to whether it is necessary, workable or desirable. This is what dictators do.

It is good, therefore, that a younger generation of church leaders, like the recently appointed Bishop of Salisbury and the new Dean of St Paul's are taking a different line.
>> These two men, who should never have been given a church appointment given their heretical views, are an exception. They are also hardly young! Nicholas Holtam, Bishop of Salisbury, is 56 and David Ison of St Paul’s is 57.

The argument that gay marriage undermines straight marriage is as unconvincing as it is insulting – as if the currency of marriage is devalued by extension to those who find love with members of the same sex.
>> Legalising same sex marriage is a legal can of worms and it cannot be done without changing the legal definition of real marriage and words such as husband, wife, consummation and adultery. This would have far-reaching repercussions. Marriage is also about much more than ‘finding love’. It is a life-long covenant commitment.

If it looks like a duck and quacks like a duck, it is a duck.
>> A same sex couple making a commitment does not look like marriage to anyone in their right mind. In marriage the participants are of the opposite sex.

Some in the church continue to fight a rearguard action for the extension of civil partnership rights to siblings. In this way they hope to drive a wedge between marriage and civil partnership. But that ship has sailed.
>> This is perhaps true which underlines the fact that the government in legalising civil partnerships were primarily concerned with legitimising same sex sexual relationships and not concerned primarily with personal commitment, faithfulness or societal stability.

The language of marriage and of husband or wife is increasingly common parlance among those who have entered into civil partnerships.
>> Only by those who back gay marriage and as part of a campaign (‘they would say that wouldn’t they’) but most people still feel very uncomfortable about a man calling another man his husband as this changes the meaning of the word. Husband and wife are complementary terms which have meaning only in relation to their opposites.

And while some in the gay community worry about the use of what they take to be a heterosexual paradigm, this anxiety is also diminishing. Gay marriage is effectively already a reality. And Mr Cameron is right that the law needs to catch up with where people are.
>> The C4M petition by the end of next week may well have more signatures than the ‘drop the health bill’, the largest live petition in existence in Britain. It has already amassed 130,000 in less than three weeks. 51% of people oppose same-sex marriage given that civil partnerships already grant all the legal rights and 88% of conservative voters do not regard changing the law a matter of any urgency. The campaign to legalise same sex marriage is being pushed by a small group of politically correct activists. Cameron is already getting cold feet as revealed by his removing the same sex marriage bill from the Queen’s speech and introducing a question into the consultation asking whether it should be done. The pro same sex marriage lobby should not be counting its chickens.
Posted by Peter Saunders at 10:18