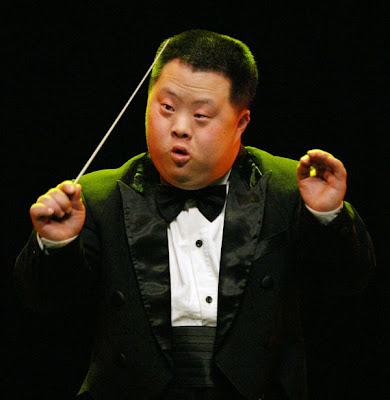 There is an article in the Daily Mail today reporting on the incidence of abortion for Down’s syndrome in IVF pregnancies.

Statistics show that in 2009, the most recent year for which figures are available, a total of 127 abortions were carried out on babies conceived through IVF-type assistance.

The data held by the Human Fertilisation and Embryology Authority shows that Down's syndrome was the most commonly given reason for an abortion, cited in 31 of the cases – three times as many as in 1999.

Foetal abnormality was the next biggest reason for abortion, accounting for 19 cases, while 15 babies with Edward's syndrome – another condition caused by the presence of an extra chromosome – were also terminated.

As it is not mandatory for reasons for terminations to be recorded, the number could be higher. No reason was given in 22 cases. Between 2005 and 2009, some 123 foetuses with Down's were terminated.

This is not new information and in many ways is not surprising.

As I have noted before, the number of babies being conceived who have Down's Syndrome is increasing dramatically.

There were 1,067 babies with Down’s syndrome conceived in England and Wales in 1989 but by 2009 this had risen to 1,887, mainly due to the fact that women are delaying having children until an age when the risk of having a child with this condition is higher.

But despite this the number of Down's Syndrome babies born alive each year has actually gone up only very slightly from 730 to around 753 over the same period. This is because our society is increasingly taking the view that it is better if children with this condition are not born at all.

The reasons people are choosing to abort are very clear from readers’ reactions to the comments on the Daily Mail online page.

‘It's not selfish to prevent a lifetime of pain, misery and social rejection. Not to mention the psychological damage those with Down's Syndrome experience. It must be a very tough decision for the mothers so the added pressure and guilt-tripping does not help.’

‘Why is this a news story? I don't think anyone would 'choose' to have a child with a disability of any type if they had a choice. Survival of the fittest should dominate anyway. Red arrow away, but I'm saying what most people think.’

By contrast that which has attracted the most opposition (with 246 thumbs down) says:

‘These women are the result of the 'me me me' consumerist society - where nobody apparently, should be forced to get outside of their comfort zone - in case it makes them 'feel bad'. It's an utterly disgraceful stat - and eugenics is not too harsh a word to use.’

It is signed ‘mother of three, Dubai’. The 4th and 5th least popular (at -57 and -32) read ‘Do you expect any better of western women today? I don't’ and ‘So these couples are desperate to have a baby - only perfect little ones though please. Try adopting you selfish lot’

But the responses are in my view frighteningly indicative of a growing intolerance of disability in our society and do not bode well for the future.

They also display a huge degree of ignorance. Does Down’s syndrome really condemn one to a life of ‘pain, misery, social rejection and psychological damage’? Perhaps in a small minority of cases these may occur but many children and adults with Down’s syndrome are in fact very happy and fulfilled. The tragedy is that these ill-informed prejudices will only increase as people with Down’s fall in number with more effective pre-natal ‘screening’ tests.

There is no doubt that bringing up a child with special needs involves substantial emotional and financial cost, and yet at the very heart of the Christian gospel is the Lord Jesus who chose to lay down his life to meet our own 'special needs'. The Apostle Paul tells us that Christ died for us 'when we were powerless' (Romans 5:6) and that 'bearing one another's burdens' is at the very heart of Christian morality (Galatians 6:1).

For Christian doctors bearing burdens involves not only providing the best medical care for the most vulnerable members of our society, but also supporting their families in the long haul, being prepared to speak out when they are being treated unjustly and doing what we can to oppose unjust and discriminatory legislation and health policy.

All of us are called in a whole variety of ways to engage in the fight for these very special people and others in a similar position of vulnerability. Let's pray that we fight these battles well.

[Picture shows Down's Syndrome performer Hu Yizhou from the China Disabled Peoples Performing Art Troupe conducting at a rehearsal for a concert in Seoul in this March 2004 photo. REUTERS/You Sung-Ho]