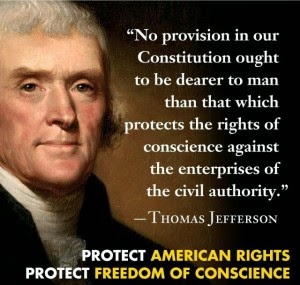 I have previously highlighted the case of two Glasgow midwives who were disciplined by their NHS Trust for refusing to participate in abortion.

Their Trust was found to be in the wrong by the Scottish Court of Appeal and the case has been referred to the UK Supreme Court where a further hearing is still awaited.

A single act of physician refusal to abort a patient can evoke headlines around the world, especially in nations targeted by the pro-abortion industry.

Conscientious objection on the part of Hippocratic physicians is a major obstacle now under concerted attack worldwide.

The Center for Reproductive Rights (CRR) has recently submitted its wish list to the UN to be incorporated in the Sustainable Development Goals  (SDG’s)  now under negotiation.

Especially interesting is the direct targeting of rights of conscience.  The CRR document encourages nations to track  ‘Rates of implementation of judicial or administrative decisions concerning violations of reproductive rights, including through the unregulated use of conscientious objection…’

Because many  physicians have stubbornly refused to kill their unborn patients,  the UNFPA (United Nations Fund for Population Affairs) has decided to recruit midwives to fill the void of abortion providers.

The report states:  ‘The definition of “midwifery” used in this report is: the health services and health workforce needed to support and care for women and newborns, including sexual and reproductive health and especially pregnancy, labour and postnatal care. This includes a full package of sexual and reproductive health services, including preventing mother-to- child transmission of HIV, preventing and treating sexually transmitted infections and HIV, preventing pregnancy, dealing with the consequences of unsafe abortion and providing safe abortion in circumstances where it is not against the law.’ (emphasis mine)

In biblical thinking, the conscience is one of the most fundamental aspects of what it means to be a human being. The conscience is part of our created humanity and it is present in all, not just those who are believers. The conscience is seen as, in some sense, an internal reflection of God's law for all mankind. The Apostle Paul, writing of the Gentiles who did not receive the Mosaic law, states that 'what the law requires is written on their hearts' 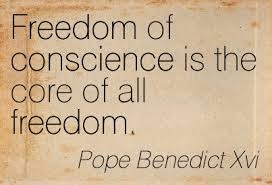 Freedom of conscience is not a minor or peripheral issue. It goes to the heart of medical practice as a moral activity. Current UK law and professional guidelines respect the right of doctors to refuse to engage in certain procedures to which they have a conscientious objection.

The right of conscience helps to preserve the moral integrity of the individual clinician, preserves the distinctive characteristics and reputation of medicine as a profession, acts as a safeguard against coercive state power, and provides protection from discrimination for those with minority ethical beliefs.

It is worth fighting for.

Sources – AAPLOG and CMF Files
Posted by Peter Saunders at 14:34