Why are the Home Secretary and Metropolitan Police allowing this man to operate in Britain? 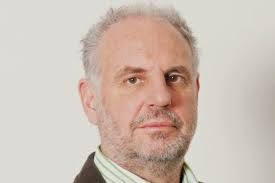 Notorious Australian euthanasia campaigner Philip Nitschke has been in the news again.

Last week, it was reported that his organisation Exit International was establishing a London office to ‘cope with demand’ from UK citizens for assisted suicide.

The group, which charges members a fee to access online information and attend workshops to discuss ‘peaceful’ methods of suicide, has attracted fierce criticism in Australia, where it was originally set up.

Today it has been further reported that Nitschke has enraged victims of crime groups by his suggestion that killers serving life sentences should be able to choose the timing of their own ‘peaceful’ deaths behind bars.

Yesterday the Sydney Morning Herald reported that he is being investigated by police in every Australian state over his possible role in nearly 20 deaths in the past three years, all of them apparently suicides.

The latest investigation, by Victoria Police, concerns the death of a 55-year-old Geelong man who allegedly killed himself using a do-it-yourself kit bought though a company affiliated with Exit International, the pro-euthanasia organisation founded by Dr Nitschke.

All of the deaths being investigated involved the use of the two suicide methods promoted by Dr Nitschke, the lethal drug, Nembutal or a nitrogen inhalant device.

Nitschke currently faces expulsion by the Australian Medical Association when its Northern Territory branch Council meets in November, after a move to suspend him last month failed after an error in the paperwork.

The Medical Board of Australia suspended him in July. The decision which used the board's emergency powers to  ‘protect  public health and safety’ came after he admitted in an interview with the ABC that he had supported a 45-year-old Perth man, Nigel Brayley, in his decision to commit suicide, despite knowing the man was not terminally ill.

The AMA has cited the same ‘adverse event’, saying Dr Nitschke's ‘professional behaviour … was not consistent with the high professional and ethical standards for the Australian medical profession promoted by the AMA’.

Documents obtained by The Sunday Age reveal there are currently five separate medical board investigations, one dating as far back as 2011, into Dr Nitschke's conduct.

Nitschke (aka Dr Death) is an extremist and self-publicist whose presence in the UK puts the lives of vulnerable elderly, depressed and disabled people at grave risk.

What Nitschke is doing must surely fall within the scope of these offences. The information shared by his organisation in his London seminars and on the internet is surely capable of encouraging or assisting people to commit suicide and his activities are clearly intended to encourage or assist people to commit suicide by offering them advice about the ‘best way’ of doing it.

Nitschke’s activities present a real and present risk to vulnerable members of the British public.

With the growing elderly population, failure of the care system and worsening economic situation a growing number of frail, disabled, ill and depressed people in Britain will be feeling under even greater pressure to end their lives, either for fear that they will not cope, or so as to be less of a burden to relatives.

Quite why the Home Secretary and Metropolitan Police allow him into the UK to conduct seminars and continue his activities remains a mystery but Britain deserves a full explanation.