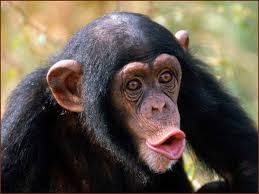 In an astounding move last week, the Manhattan Supreme Court ruled that chimps are not persons under the law.

Judge Jaffes was not persuaded by the case presented by The Nonhuman Rights Project but did suggest that animal ‘personhood’ is possible in the not too distant future.

‘Efforts to extend legal rights to chimpanzees are thus understandable; some day they may even succeed,’ she wrote in a 33-page decision. ‘For now, however, given the precedent to which I am bound, it is hereby ordered, that the petition for a writ of habeas corpus is denied and the proceeding is dismissed.’

The ruling will come as a huge blow to animal lovers – especially in the wake of the recent killing of the popular Zimbabwean lion Cecil by an American dentist.

This is because the Manhattan ruling casts Cecil’s own personhood status into doubt.

However, those mourning the passing of Cecil and regretting this judgement will be comforted to learn that his brother Jericho, apparently also a lion, has now been confirmed to be alive, contrary to an earlier report of his demise.

The Zimbabwe Conservation Task Force, which had reported Jericho’s death on its Facebook page on Saturday, said on Sunday that the lion was ‘alive and well’ and has adopted the cubs of Cecil, whose recent killing sparked global outrage over big-game trophy hunting.

‘We apologize for reporting that he had died but were confident that our sources were in fact correct. This was a case of mistaken identity,’ the non-government task force wrote in the post.

In a fascinating twist, Jericho may in fact be relieved by the Manhattan court ruling, which although not legally binding in Africa, does add legal weight to his non-person status. Given Zimbabwe’s human rights record he is probably better off being a non-person and is not therefore expected to appeal the judgment.

Perhaps in celebration of this, the 11-year old lion on Sunday was observed ‘feeding on a giraffe kill with the lionesses from his pride’.

Another corollary of the Manhattan ruling, of course, is that giraffes are also non-persons, although judging by the lack of outrage about the (nameless) giraffe’s death at the paws and jaws of Jericho, some non-human non-persons (lions) are clearly of higher status than others (giraffes).

Whether this higher non-person status applies to all carnivores, or merely to those with higher intelligence, will need to be determined in subsequent judgements. The relative status of lions and chimpanzees, for instance, has not thus far been tested in court.

Although it may simply be that, as the said giraffe was killed by a member of another non-human species rather than by a legal person, the muted media response may be because a non-human non-person rather than a human person was responsible for his (or her) death.

In the meantime, the widespread international support for the harvesting and selling of human fetal parts by Planned Parenthood, a ‘charity’ financed by the US taxpayer, suggests that being a human non-person under the law (all US human unborn babies are legally non-persons) might be the most perilous position of all.


Especially given that full personhood status might be just around the corner for Chimps.
Posted by Peter Saunders at 15:53