Sexual immorality is a first order salvation issue. The Church of England is now needing the surgeon’s knife. 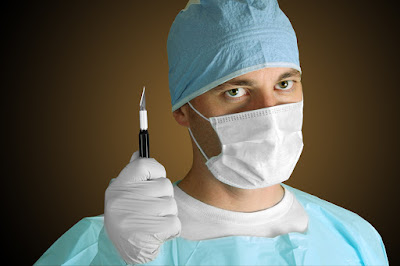 On Wednesday 15 February the Church of England General Synod will decide whether or not to “take note” of the House of Bishops’ report on marriage and same-sex relationships.

Within the Church, it is now very clear that the two main positions held are irreconcilable.

On the one hand are the “conservatives”, represented by the Evangelicals and Anglo-Catholics, who hold to the biblical and traditional position of monogamous heterosexual marriage.

On the other are the “progressives”, represented by “One Body One Faith” (previously the Lesbian and Gay Christian movement), who are seeking “a significant level of LGBTI+ representation” on church boards and councils, an “approved liturgy for the blessing of same-sex couples after a Civil Partnership or Civil Marriage” and “a change to Canon C26 to make clerical civil marriage not a matter for discipline”.

They add that these demands are “very far” from “all we want to see” but they represent “a way forward, a start”.

In between, is a body of currently indeterminate size, who are seeking to live with some kind of “arrangement” in a desperate attempt to keep those holding two radically different ideologies together.

But in reality, given the current level of entrenchment, it is only a matter of time before the inevitable separation takes place. If the bishops’ report is not “taken note” of then that separation may come earlier rather than later. If Synod does “take note” then the whole enterprise may limp on a little but the writing is on the wall.

Earlier this month, a group known as “accepting evangelicals” (who are ironically neither) wrote a letter to members of the evangelical group of General Synod (EGGS) outlining their position. The letter was signed by five well-known exponents. A few others have added their signatures on the website.

The letter, which can be read in full here, makes a number of highly contentious but familiar arguments but the signatories’ bottom line is that they remain “unpersuaded that this (ie. homosexual behaviour) is a first-order or salvation issue. We find nothing in the Bible to imply that it is so: indeed, quite the reverse.”

Interestingly, they don’t marshal any biblical arguments to back up this position but regard it as a self-evident truth.

I was surprised today to see the normally theologically sound “Archbishop Cranmer” making exactly the same point. In a blog post titled “The Church of England should not tear itself apart over homosexuality and same-sex marriage” he argues that “homosexuality is not an issue worthy of schism” as it “affects only a tiny minority of Christians” and is “of distinctly secondary, even peripheral, scriptural importance”. It is not “a battle for the soul of the church”.

This is a different argument than those normally advanced by people seeking to justify sex outside heterosexual monogamous marriage. But it is equally unbiblical.

Obedience to Christ, in this and all other areas of morality, is of course only possible by God’s grace, through the indwelling work of his Holy Spirit (Jeremiah 31:31-34; Ezekiel 36:24-27), but Christians are nonetheless called to obey him. In fact the heart of the great commission, sadly so often distorted into an exhortation merely to evangelise, is to ‘make disciples of all nations… teaching them to obey everything I have commanded you’ (Matthew 28:19, 20).

As a clear corollary of this teaching that loving Christ means obeying him we are told that a life without demonstrable evidence of faith through a changed life is valueless. It is evidence of non-regeneration.

Furthermore, if sexual immorality were simply a “secondary issue” as opposed to a “first order salvation issue”, then the Bible would not link it specifically with salvation. Yet this is exactly what it does.

1 Corinthians 6:9-10 tells us, ‘neither the sexually immoral nor idolaters nor adulterers nor men who have sex with men nor thieves nor the greedy nor drunkards nor slanderers nor swindlers will inherit the kingdom of God’.

Ephesians 5:3-5 echoes, ‘But among you there must not be even a hint of sexual immorality, or of any kind of impurity, or of greed, because these are improper for God’s holy people…. For of this you can be sure: no immoral, impure or greedy person – such a person is an idolater – has any inheritance in the kingdom of Christ and of God.

The book of Revelation (20:12) tells us that the dead will be ‘judged according to what they have done’.

In case we are in any doubt it adds that ‘the cowardly, the unbelieving, the vile, the murderers, the sexually immoral, those who practise magic arts, the idolaters and all liars – they will be consigned to the fiery lake of burning sulphur’ (21:8).

Outside the holy city will be ‘those who practise magic arts, the sexually immoral, the murderers, the idolaters and everyone who loves and practises falsehood’ will not partake of the tree of life (22:15).

Now it is clearly evident from these and other passages that sexual immorality (including all homosexual acts) are just some of many sins that are offensive to God.

But it is equally clear that sin that is justified and not repented of is a “first-order” or “salvation” issue and certainly not something “insignificant” or “peripheral”.

As I have argued elsewhere, Satan does not attack the same Christian truth in every generation. This is why the dominant heritage heresies of the past are not necessarily those of the present nor the future.

But a crucial heresy today is that which says that sexual immorality, or for that matter any other sinful behaviour, is a secondary issue not worthy of formal discipline or, if widely enough spread, splitting the church over.

The Apostle Paul’s approach was very different. When he heard of a specific case of persistent sexual immorality in Corinth involving a person who claimed to be a Christian believer he acted decisively, urging that this person be immediately excommunicated:

“I wrote to you in my letter not to associate with sexually immoral people— not at all meaning the people of this world who are immoral, or the greedy and swindlers, or idolaters. In that case you would have to leave this world. But now I am writing to you that you must not associate with anyone who claims to be a brother or sister but is sexually immoral or greedy, an idolater or slanderer, a drunkard or swindler. Do not even eat with such people.  What business is it of mine to judge those outside the church? Are you not to judge those inside? God will judge those outside. Expel the wicked person from among you.” (1 Corinthians 5:9-13)

Excommunication is simply a recognition that a person is no longer behaving as a member of Christ’s kingdom. It is, at heart, a step of obedience to Christ aimed at bringing the guilty party to their senses in the hope that they will choose to repent and become reconciled again with their brothers and sisters.

It is precisely, as I’ve argued elsewhere, the unwillingness of the Church of England to practise godly discipline leading if necessary to excommunication that is the cause of this current deadlock.

The problem now is that the church, and especially its ruling body the General Synod, is now so full of people practising, promoting and defending this particular form of sexual immorality that nothing short of radical surgery will resolve it.

When the necessary steps of discipline are not taken over a prolonged length of time, then as I’ve argued, schism is inevitable. Rather than allowing this to occur spontaneously, it is far better to make the separation cleanly and proactively. It is better to be cut apart than to be ripped apart.

There will inevitably be bleeding edges, but they will heal far more quickly if the incision is decisively and expeditiously executed.


The time for shared conversations is over. It is now time to act.
Posted by Peter Saunders at 15:15