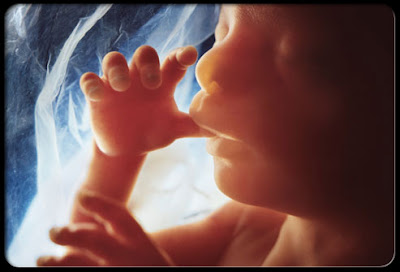 You can listen to my Premier Radio interview on this bill here.

In theory, Johnson’s bill would make the 1967 Abortion Act defunct by scrapping section 58 and 59 of the Offences Against the Person Act, which make carrying out abortions, or supplying drugs or equipment for that purpose, illegal.

Johnson implied that the 1929 Infant Life (Preservation) Act, which makes it illegal to destroy a child capable of being born alive, may also be scrapped under her plans. If so this would make abortion legal for any and every reason right up to term.

Johnson’s Bill is primarily backed by private abortion provider BPAS. The decriminalisation campaign specifically acknowledges that they are campaigning for a situation that would remove all gestational time limits for abortion. This position was affirmed by BPAS CEO, Ann Furedi, who said at the London launch of the campaign, ‘I want to be very, very clear and blunt... there should be no legal upper limit.’

If the motion were to become law, abortions could be carried out legally in any location, for any reason, potentially at any stage during pregnancy. Without legislation on abortion, practices such as sex-selective abortions, mail-order abortions and school nurses handing out abortions pills on school premises would all be perfectly legal. The conscience clause would also fall, meaning that health professionals might be forced to carry out abortions or lose their licenses to practise.

Last year the Royal College of Midwives support for the BPAS’ abortion up-to-birth campaign caused widespread condemnation from midwives, the media and the general public against this extreme proposal. Over 1,000 midwives have now signed the open letter asking for RCM position to be revoked.

The bill comes at a time where the private abortion industry is knee-deep in scandal and revelations of unethical, unsafe and unprofessional practices.

Last year, the Care Quality Commission had to step in to protect women from potential harm at Marie Stopes abortion clinics. Their subsequent report showed that women were left at risk of infection, doctors were going home with women under sedation, fetal tissue from a succession of terminations left in open waste bins, staff were not trained in how to respond to help deteriorating patients, 2,600 serious incidents were reported at the clinics and post-surgery safety checks were completed before the surgery had even started.

MP Maria Caulfield, who spoke in opposition to the bill, pointed out that its extreme position is in direct conflict with what the majority of British women want with regard to the UK abortion law.
One 2011 YouGov poll showed that 88% of women in the UK either want to keep the current law and time limit as it is, or restrict it further. This contrasts with the 2% of women who wanted to see an increase in the abortion time limit beyond 24 weeks.

‘This Bill would not protect women. Instead it would embolden those men who pressurise women into abortions they do not wish to have; whether it is a controlling relationship, or the wider communal discrimination and pressure that tells a woman she must abort her child because it is a girl, or because it has Down’s Syndrome or disabilities. This Bill would make those women more vulnerable...

Indeed, by undermining all the safeguards and regulations around abortion... the Bill becomes a charter for extreme abortion practices, such as sex-selective abortion...

This Bill is a response to a non-existent threat; it would exacerbate the dangers posed by any increase in the availability of abortion pills; and it would remove some of the few protections and regulations in abortion law – fuelling unethical and unsafe practices in many UK abortion clinics, and leaving women less safe and less informed.’

Most people aren’t aware that abortion is still illegal in Britain. But what the 1967 Abortion Act did was to provide legal protection to doctors carrying it out only in certain limited circumstances.

However, the current law has been widely flouted and has resulted in 200,000 abortions per year in Britain and over 8 million since the act was passed.

Currently one in every five pregnancies ends in abortion and abortion is legal right up to birth for disabled babies.

Were Johnson’s bill, or another similar one, eventually to pass this already bad situation would worsen even further.

It is chilling that so many MPs supported a bill that removes all legal protection from these most vulnerable of all human beings.

But this is Britain in the 21st century and we need to wake up to reality.


Today’s events have shown that the price of freedom and protection for unborn children in this country is eternal vigilance.
Posted by Peter Saunders at 14:48