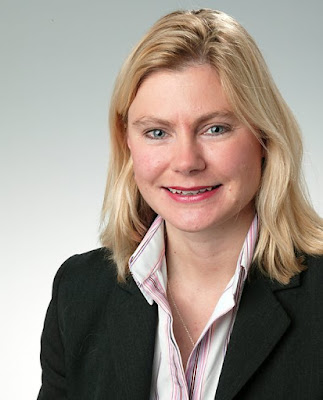 Men and women will be able to change their gender without a doctor’s report and amend their birth certificate accordingly under new government proposals.

Yesterday Justine Greening (pictured), the education secretary and minister for women and equalities, said (£): ‘What we want to try to do is streamline the process, make it easier, de-medicalise it and make it less intrusive.’

She told Sophy Ridge on Sunday on Sky News that the state needed to ‘stop treating people changing their gender as if it’s some medical problem that needs fixing. Actually this is a choice that people are making and we need to try and make that choice more straightforward than it already is.’

Currently, under the Gender Recognition Act 2004 people need to be over 18, have been diagnosed with gender dysphoria, have lived in their new gender identity for two years and have obtained a certificate from a gender recognition panel before being able, legally, to change their gender.

But Greening wants to scrap all that and has the support of both the PM Theresa May and the opposition leader Jeremy Corbyn, ironically making this perhaps the first issue of public policy that the two have agreed on since the general election.

The government will launch a consultation on the Gender Recognition Bill, to be published in the autumn. The consultation will also consider whether a person whose gender is ‘non-binary’ — neither exclusively male nor female — should be able to define themselves as ‘X’ on their birth certificate.

I have written on the highly controversial issue of gender dysphoria before on this blog (also here and in much more detail here).

The key issue is that Greening is begging the question of what gender dysphoria actually is.

Is a ‘trans woman’ really a woman trapped in a man’s body? Or is ‘she’ really just a man who has an unshakeable false belief that he is a woman? Is a biological male who has had female hormones and gender reassignment surgery really a woman, or is he just a feminised man?

As recently as 2013 doctors called this condition ‘gender identity disorder’. Many doctors, like me, feel it should still be called that. We believe that giving sex hormones and gender reassignment surgery to transgender people is not only clinically inappropriate but an abuse of professional privilege.

The key question is this. If there is a disconnection between the body and mind, do you shape the body to fit the mind or do you shape the mind to fit the body? Do you try to help the person to become reconciled with their body through counselling and psychotherapy? Or do you give them hormones and surgery so that their body conforms to their chosen gender identity?

Well, it depends on whether you think the real problem is in the body or the mind. And I, like many other doctors, am in the latter category. I think we’re being seduced and even coerced into thinking that the body, rather than the mind, is the real problem when there is actually no scientific evidence to back that up.

Everyone can see that a woman with anorexia nervosa is not fat, but she has an unshakeable belief that she is, so she is radically dieting and regularly purging herself. How do we help someone in this situation?

Well, we certainly don’t affirm her belief that she is fat or encourage her to diet or, least of all, offer her liposuction. And yet anorexia nervosa has a lot of similarities to gender dysphoria. You have a person who is deeply dissatisfied with the body that they’ve been given and may be obsessively preoccupied and distressed by it.

A high proportion of people who suffer from gender identity disorder also suffer from other mental health conditions like depression, anxiety, substance abuse, self-harm, suicidal thoughts, personality disorders and autism (see also here and here). In many of them these problems do not resolve with gender reassignment. In fact hormones and surgery deal only very superficially with what is often a very deep psychosocial problem that doesn’t lend itself to quick technological fixes.

Christians are not alone in these concerns. Stephanie Davies-Arai, of Transgender Trend, a parents’ support group, told The Sunday Times: ‘This has huge implications for women. There will be legal cases. The most worrying thing is if any man can identify as a woman with no tests and gain access to spaces where women might be getting undressed or feel vulnerable — like women’s hospital wards, refuges and rape crisis centres — women will just stop going to these facilities.’

And social commentator Melanie Phillips argues in the Spectator that it’s dangerous and wrong to tell all children they’re ‘gender fluid’. ‘What started as a baffling skirmish on the wilder shores of victim culture’, she says, ‘has now turned into something more menacing’.

By contrast, Greening, who has no medical or psychiatric training at all, thinks gender dysphoria is not a medical condition at all.

What she is proposing is effectively to bring in the key proposals of a highly controversial report by the Women and Equalities Committee of the House of Commons on Gender Equality, which was originally published in January 2016.

In essence the report recommends reducing the age limit for hormone treatment and surgery to 16 and completely removing the process of gender recognition from its current medical and legal framework – basing gender change on self-declaration alone.

Where has this new thinking come from? 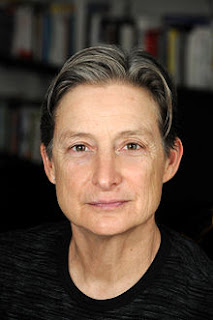 Justine Greening and Maria Miller, and a small group of feminist MPs, are using their influence to politicise the radical and controversial ideology of Judith Butler (pictured right), the American philosopher and gender theorist responsible for popularising ‘queer theory’ (watch university students fed this ideology trying to explain it here).

We are being sold the notion that gender has no biological basis at all but is simply a social construct and the product of a biased society. The cultural, medical and legal changes which we are now observing – resulting in the promotion of transgender ideology at all levels of society - are being driven by a process insiders know as ‘gender mainstreaming’.

This latest move to normalise ‘gender dysphoria’ is unscientific and dangerous but needs to be understood as part of a greater social strategy whereby powerful elites are claiming the authority to change men’s and women’s sexual identity through political strategies and legal measures.

Gender dysphoria is a real medical condition which needs careful diagnosis and even more careful management.

It is extraordinary that the leaders of both major political parties are unwittingly backing this bizarre social experiment which will simply open a Pandora’s box of confusion, abuse and litigation.


This move by the education secretary is quite simply lunacy and the fact that May and Corbyn are backing it so uncritically betrays an astonishing lack of discernment amongst our political leaders.
Posted by Peter Saunders at 13:36