As Christian doctors today let’s, like Nehemiah, be people of prayer and perseverance 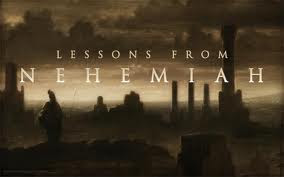 Nehemiah was the key figure, along with Ezra, who was used by God in the fifth century BC to help bring about one of the most profound revivals in biblical history.

He was a skilful politician, a clever strategist, a brilliant manager, a social reformer who championed the rights of the poor and an intransigent visionary who never gave up despite threats and opposition from those in high places

His achievements were monumental. He rebuilt the wall of Jerusalem in 52 days when it had lain in ruins for 150 years. He re-established full employment in a climate of economic recession. He reconstructed an effective social welfare system for the marginalized and reintroduced Bible exposition resulting in nationwide repentance and revival. He reinstated public worship and rooted out heresy and idolatry.

He was used by God to put a whole nation back on its feet.

But first of all Nehemiah was a passionate man of prayer. When he was told that ‘those who survived the exile…are in great trouble and disgrace’ and that ‘the wall of Jerusalem is broken down, and its gates have been burned with fire’ his response was to weep, fast, pray and then offer himself to God as part of the solution.

When opponents tried to discourage him by pointing out his meager resources, small progress thus far, strength of the opposition and size of the task he asked God to ‘turn their insults back on their own heads’. And when he felt his strength was giving out he called upon God to ‘strengthen my hands’.

When his perseverance was rewarded with the completion of the wall we read that his enemies ‘were afraid and lost their self-confidence, because they realized that this work had been done with the help of our God.

As Christian doctors today we are involved in a similar task of rebuilding in a similarly broken society. Our consulting rooms, clinics and hospital wards are filled with people who have physical, social and spiritual needs. Some are reaping the consequences of poor life-style choices. Others are there through no fault of their own or because they have been sinned against.

Every day we are sent like the first disciples to preach good news, heal the sick and be advocates for those who have no voice. The task is huge. The progress is slow. The resources seem inadequate. The opposition is strong.

Let’s also, like Nehemiah, be people of prayer and perseverance.
Posted by Peter Saunders at 05:46