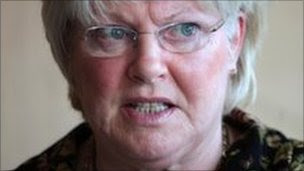 Tonight, the Scottish Parliament has voted overwhelmingly by 85 to 16 to reject Margo Macdonald's End of Life Assistance (Scotland) Bill at its first stage debate.

I warned earlier on this blog that Margo Macdonald was seriously misleading the Scottish people about the number of deaths that would result if her bill were to be passed.

It was not surprising that 87% of all who made written submissions to the scrutinising committee were opposed to it and the committee overwhelmingly recommended that it be rejected. Scottish GPs later added their voices.

I said last week that it was now time to bury the bill and tonight the Scottish Parliament did just that. You can read the transcript on line.

Commenting on this result, Gordon Macdonald of Care Not Killing Alliance, said:

'This is a fantastic result and a victory for the most vulnerable in our community. The detailed scrutiny and exhaustive investigation that this bill has had over many months and the sheer magnitude of its defeat should settle this issue in Scotland for a generation.

MSPs have voted overwhelmingly today to reject in principle the legalization of physician-assisted suicide and euthanasia in Scotland recognizing that such a move would seriously endanger public safety. They have instead sent a ringing endorsement to making the very best palliative care widely available and accessible.

The key argument that decided this vote and the similar votes in the House of Lords in 2006 and 2009 is a simple one. The right to die can so easily become the duty to die. Vulnerable people who are sick, elderly or disabled can so easily feel pressure, whether real or imagined, to end their lives so as not to be a burden on others.

Parliament’s first responsibility is to protect the vulnerable and that is what they have voted to do today.’

I did an interview today with Christian Today on the bill that has been turned into a comment piece.
Posted by Peter Saunders at 11:27