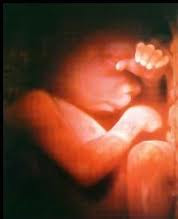 Here is another story that you are unlikely to read about in any newspaper. In June 2010, the Royal College of Obstetricians and Gynaecologists (RCOG) published Fetal Awareness – Review of Research and Recommendations for Practice.

The College’s purpose was to update their 1997 publication in the light of more recent evidence, and also to provide ‘information for women and parents’.

The main conclusion of the report was that fetuses under 24 weeks could not feel pain and therefore did not require pain relief when undergoing surgical procedures (or abortion).

I criticized the report on this blog at the time suggesting that the RCOG had simply cherry picked experts guaranteed to deliver convenient conclusions in order to justify its historic position that babies killed by late abortion are not really sentient human beings worthy of any respect.

I was therefore fascinated to read an editorial in a leading medical journal this week (Ward Platt M. Arch Dis Child Fetal Neonatal Ed (2011)) launching a serious attack on the RCOG report. In fact Martin Ward Platt, of the Newcastle Neonatal Service, has called the report ‘an emperor with no clothes’.

He notes that the RCOG report caused a considerable furore in the media last June, where it was widely portrayed as being a political rather than a scientific document that aimed to shore up the pre-existing position of the RCOG rather than to take a dispassionate view of the scientific evidence.

Ward Platt supports the current abortion law and is not addressing this political debate, but does proceed to take the RCOG to task over the science.

He summarises the scientific argument in the RCOG document as follows:

•The fetus is rendered unconscious during intrauterine life by endogenous substances.
•And the fetus at under 24 weeks does not have the neuroanatomical apparatus that would allow pain perception at a cortical level.
•Therefore the fetus is neither aware, nor can feel pain, under 24 weeks.

After reviewing the evidence he then concludes:

So, what is the evidence that the human fetus lacks ‘awareness’? In a word, there is none… I have looked at the references in the report, and the references in the references, and when I finally got back to the primary literature I found no evidence for the contention that human lack awareness, or exist in some different conscious state, beyond the unwarranted extrapolation from sheep. In contradiction to the notion of the ‘unaware’ fetus, the everyday experience of pregnancy – the felt behaviours and responses of the unborn baby, especially to sound – as well as much primary research literature on the human fetus, contains strong evidence for an opposite view.

There is an extensive literature, in humans, on fetal sleep and wakefulness, fetal motility, fetal memory, fetal hearing, fetal breathing and its control and fetal behaviour – and these are just examples that scratch the surface. None of this work is easily reconciled with the notion of a permanently unconscious human fetus.

With regard to how we treat babies of similar gestation born prematurely he argues as follows:

Over the last 20 or more years, researchers have accumulated good observational, experimental and pathophysiological reasons to consider that babies at these gestations do feel pain, that they benefit from analgesia, and that pain experiences in early life cast neurophysiological and behavioural shadows far down childhood.

Equally importantly, babies have a right to receive humane treatment. We work from an ethical imperative that even though these babies cannot verbalise their experiences, and cannot remember them in any way comparable to a child or adult, they should not be subject to pain or distress if we can possibly prevent or treat it. From this argument, there is no reason not to treat the 23-week fetus like a 24- or 25-week fetus, just as we do for babies.

He then reviews the RCOG’s argument that the fetus under 24 weeks is not neurologically developed enough to feel pain:

One notices statements in the report such as: ‘Interpretation of existing data indicates that cortical processing of pain perception, and therefore the ability of the fetus to feel pain, cannot occur before 24 weeks of gestation’. We could rewrite this as ‘in theory they can’t feel pain, therefore they don’t’. It is the substitution of wishful thinking for empirical enquiry.

…it seems that this report constructs a theoretical viewpoint and then tries to squeeze the contrary observations of the real world into it – just like the naked emperor in Hans Anderson’s story, who in his vanity, and because enough courtiers agreed with him, considered himself clothed… In preparing this editorial I noticed that there seems to be no scientific literature on fetal behaviours that uses the maternal experience of quickening, or other aspects of fetal responsiveness, as its basis. This is a huge methodological gap… a sensible debate needs a solid base of rigorous empirical enquiry. As it stands, the report is an emperor with no clothes. We need to dress him.

This editorial by a consultant neonatologist in a leading peer-reviewed journal is hugely significant. The RCOG currently recommends that fetuses do not require analgesia for interventions occurring before 24 weeks, based on the belief that fetuses at this age are neither aware nor can feel pain.

Dr Ward Platt, however, argues that there is actually no real evidence for this belief. Rather there is strong evidence to support the opposite view.

This raises serious questions for those who would argue that we should treat babies in the womb any differently from babies of the same age in a neonatal unit. It is also relevant to the abortion debate.

It does look very much as though the RCOG, rather than taking a dispassionate view of the scientific evidence, has indeed cherry-picked ‘experts’ guaranteed to deliver politically convenient conclusions.

I wonder how they will respond. I expect that all we may hear is a deafening silence.
Posted by Peter Saunders at 15:17