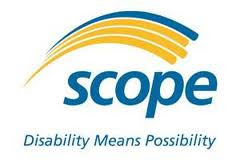 Changing the law on assisted suicide would put pressure on disabled people to kill themselves, according to new research.

The survey, commissioned by Scope, the leading disability charity, also showed that over one in three (35%) disabled people believed any move to decriminalise assisted suicide would place that sort of pressure on them personally.

Amongst blind and visually impaired people the figure was 49%.

Richard Hawkes, chief executive of Scope, is reported in the Daily Telegraph as saying: ‘Assisted suicide is a complex and emotional issue, and there are loud and passionate voices on both sides of the debate.’

‘But while high profile lawyers, doctors and celebrities such as Terry Pratchett and Patrick Stewart grab the headlines, the views of the thousands of ordinary disabled people who could be affected by this issue are rarely listened to.’

‘Our survey findings confirm that concerns about legalising assisted suicide are not just held by a minority, but by a substantial majority of those this law would affect.’

‘Disabled people are already worried about people assuming their life isn't worth living or seeing them as a burden, and are genuinely concerned that a change in the law could increase pressure on them to end their life.’

Mr Hawkes also called on the Government to establish a new independent commission to explore the question of whether assisted dying should be legalised.

Lord Falconer’s highly controversial Commission on Assisted Dying, due to report this autumn, has been criticised for being ‘unnecessary, unbalanced and lacking in transparency’.

In particular, whilst the five leading disability rights groups in the UK (SCOPE, NCIL, UKDPC, RADAR and Not Dead Yet) oppose any change in the law, the only disabled person on the panel is an advocate for decriminalising assisted suicide who acts as a spokesperson for Dignity in Dying, formerly the Voluntary Euthanasia Society.

Under the Suicide Act 1961 those who ‘encourage or assist’ someone else to commit suicide may face a prison sentence of up to 14 years. But the Director of Public Prosecutions, in new guidelines issue in February 2010, has indicated that people who are ‘wholly motivated by compassion’ are less likely to face charges.

The fact that there have been very few prosecutions under this new arrangement has worried disabled people's groups who are concerned that some people believe people with disabilities are better off dead and will put subtle pressure on them to end their lives out of 'misguided compassion'.

They need a strong law in place to act as a deterrent in order that they may feel safe. It was precisely for this reason that the group 'Not Dead Yet' launched their 'Resistance Campaign' last June aimed at stopping any further erosion of the existing law.

Last November Margo Macdonald’s End of Life Assistance (Scotland) Bill, which would have legalised both assisted suicide and euthanasia for disabled people was rejected by the Scottish Parliament by an overwhelming majority of 85 to 16 after the general public expressed fears about disabled and other vulnerable people being put under pressure to end their lives.

The latest poll result will come as a blow to Dignity in Dying who have campaigned for a change in the law.

Whilst they have insisted that they want a change in the law only for mentally competent people who are terminally ill, some of their spokespeople, amongst them multiple sclerosis sufferer and campaigner Debbie Purdy, have been disabled but not dying.

This has raised serious questions about their real agenda.
Posted by Peter Saunders at 23:19