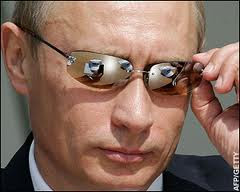 I warned recently that unless something is done to reverse current demographic trends, economic necessity, together with the ‘culture of death’ ideology which is becoming more openly accepted, may well mean that the generation that killed its children will in turn be killed by its own children.

I was interested to see, following Minette Marin’s proposed ‘final solution’ for Britain’s growing number of elderly people, yet another article in the Sunday Times this weekend linking euthanasia with demographic trends.

Lois Rogers, reporting on the recent joint suicide of a British couple in Australia, concluded her article with the provocative words:

‘Assisted dying is becoming more commonplace with the rise in the number of elderly people. Projections by the government suggest 11m Britons alive today can expect to reach 100.’

But there is an alternative – promote marriage, stop abortion, have more children, live more simply, get out of debt, invest in producing goods and services that help rather than harm people, and spend more time and money on care and support for the poor, elderly and vulnerable.

Now there is a challenging (politically incorrect) election manifesto!

The Telegraph this morning, under the headline ‘Vladimir Putin promises £33 billion to boost birth rate’ reports on Russia’s response to the demographic time-bomb.

Putin, the Russian President, has promised to spend £33 billion to boost the country's flagging population by up to a third over the next four years, during a two-and-a-half hour speech that appeared to gear him up for a 2012 presidential run.

As part of a series of measures aimed at making Russia less vulnerable to ‘external threats’ he has pledged to boost the country's birth rate by between 25 and 30 per cent by 2015. He is reported as saying:

‘According to preliminary calculations, between 2011 and 2015 some 1.5 trillion roubles will be invested in demography projects. First, we expect the average life expectancy to reach 71 years. Second, we expect to increase the birth rate by 25 to 30 per cent in comparison to the 2006 birth rate.’

Following Putin’s speech, the Russian parliament, the Duma, introduced a bill to disqualify abortion as a medical service in the national health plan. It would also allow doctors to refuse to commit abortions.

‘The bill aims to create the conditions for a pregnant woman to opt for giving birth,’ Yelena Mizulina, head of the State Duma committee for family, women and children, said.

On Wednesday the Duma also introduced a bill to restrict advertising for abortion.

Anton Belyakov, author of the bill and deputy from the Just Russia Party faction, told journalists, ‘The bill also commits doctors to warn women who decided to have an abortion that it may cause infertility, death or negatively affect physical and mental health.’

Belyakov said Russia’s abortion rate is ‘unacceptable.’ The country’s own statistics show that there are 1022 abortions committed for every 1000 births. Official numbers show between 1.6 and 1.7 million abortions per year, but unofficial estimates put it at closer to 6 million per year, 90 percent of which are done, as in most of the developed world, at the woman’s request for ‘social,’ not medical reasons.

Against this backdrop, Christian Newswire reports that the World Congress of Families is to hold the world's first demographic summit – ‘Moscow Demographic Summit: Family and the Future of Humankind’ – at the Russian State Social University (RSSU), on 29-30 June.

It suggests that this conference may a good place to start the reversal of demographic trends.

The Western world, including Britain, needs to take note. Although our demographic problems are not currently as bad as Russia’s, we are certainly moving in the same direction, and unlike Putin, most Western leaders have not even recognised the problem, let alone begun to embrace solutions.
Posted by Peter Saunders at 02:31