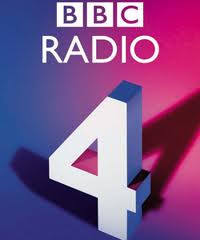 Last Thursday I took part in a discussion on the Radio 4 PM programme about whether or not faith discussions were ever appropriate in the context of a doctor-patient consultation.

The journalist introducing the programme made reference to the case of Richard Scott, the subject of a complaint to the GMC for discussing his faith with a patient.

Also mentioned was CMF’s own Saline Solution course which is aimed at helping doctors integrate faith and practice.

The key question was framed as follows: ‘Do General Medical Council guidelines leave room for a course which teaches doctors to initiate discussions with patients based on the belief that having a faith is good for you?’

Niall Dickson, Chief Executive of the General Medical Council, explained that the GMC’s role was not to vet courses but to guide doctors. ‘The first point is that the start of a consultation is not the point at which you start introducing your faith and you should be where the patient is at. But there may be circumstances where a patient is at a point where they do want to discuss faith and it may be appropriate for the doctor to reflect on their own faith during that discussion.’

When asked how the GMC determined whether or not a doctor had expressed ‘religious, political or other beliefs or views’ in an ‘inappropriate or insensitive’ way Dickson explained that the GMC guidance was there to enable doctors to make good judgements themselves:

‘I am not there to judge, the doctor is there to judge and this essence of medicine is making judgements in the face of uncertainty and the importance of the doctor understanding where the patient is at. Taking a vulnerable patient and imposing your religious views on them and exploiting their vulnerability would be on the wrong side of the line as far as we are concerned.’

When asked how frequently this occurred in practice he said that it was very uncommon: ‘It has happened on a couple of occasions. It is not a common thing. The vast majority of doctors with faith or without faith know how to talk to patients and know where the patient is at and even if you haven’t got faith you should, if a patient wants to talk about faith, be able to respond positively as well.’

I was asked about the content of the course and was able to talk about the large amount of evidence there is for the positive effects of faith on physical and mental health: ‘What we do at these courses is to teach people firstly about the very strong link that there is between faith and health. There is actually a huge evidence base. We are talking about in the vicinity of 1,200 research studies and 400 reviews in peer-reviewed medical journals. 81% show a positive correlation between faith and health; 4% a negative correlation and 15% sit on the fence.’

I emphasised, as the GMC guidance states, that faith discussions ‘should not normally be part of the consultation, and would not normally be. But there are occasions when it would be appropriate to move into these sorts of areas. The World Health Organisation’s definition of health is that health is not just to do with the physical things but also to do with mental, social and spiritual things as well. Human beings are not just biological machines. We have social, psychological and spiritual needs as well and there are times when it is appropriate to address those if they are having a bearing on a person’s health.’

When asked if I thought there was a danger of doctors taking advantage of patients I emphasised that, ‘Doctors must never impose their beliefs on patients nor exploit their vulnerability. But if they feel it is appropriate (and the key words we use are sensitivity, permission and respect) and a deeper exploration is being invited or would be helpful in a patient-centred consultation then it wouldn’t be inappropriate to do that. In fact many patients will actually welcome that sort of discussion. We know that many medical conditions do have social, psychological and spiritual elements to them and if you are not addressing those then you are not really practising whole person medicine.’

I closed by adding that I welcomed very much the GMC guidance stating that ‘all doctors have personal beliefs which affect their day to day practice’ and that it applied not just to doctors with a faith ‘but to all doctors equally. No doctor should impose his or her beliefs whether they are political, religious, moral or otherwise.’
Posted by Peter Saunders at 07:36