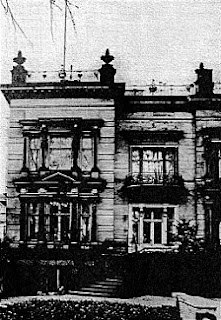 Officials gathered in Berlin this week to lay the foundations for a monument to the people killed as part of the Nazi ‘euthanasia’ programs.

The symbolic site at Tiergartenstrasse 4 (pictured) was chosen as it was the headquarters of the original project.

The planned exhibit will be dedicated to the victims of the ‘euthanasia’ program, codenamed ‘T4’, used by the Nazis to kill those with physical or mental illnesses.

Between January 1940 and August 1941 about 70,000 people were killed under the T4 programme. Many were sent to gas chambers, others were killed by lethal injection.

The programme was ostensibly shut down in 1941, partly after church protests, but it continued in secret. Historians estimate that between 200,000 and 300,000 people who were either psychotherapy patients or physically disabled were killed altogether.

The planned monument will be a long, blue glass wall - designed by the architects Ursula Wilms and Heinz W. Hallman, along with the artist Nikolaus Koliusis and the federal government plans to contribute 500,000 euros ($643,200) to the costs.

The finished site is tentatively scheduled for inauguration in the second half of 2014.

Many still fail to appreciate the role of doctors in the Nazi holocaust but what ended in the 1940s in the gas chambers of Auschwitz, Dachau and Treblinka had much more humble beginnings in the 1930s in nursing homes, geriatric hospitals and psychiatric institutions all over Germany.

The medical and other healthcare staff from T4 and the early killing centres based in hospitals were later redeployed for the killing of Jews, Gypsies, Poles, Russians and disloyal Germans. By 1943 there were 24 main death camps (and 350 smaller ones) in operation.

Leo Alexander (pictured), a psychiatrist with the Office of the Chief of Counsel for War Crimes at Nuremberg, described the process in his classic article 'Medical Science under Dictatorship' which was published in the New England Medical Journal in July 1949: 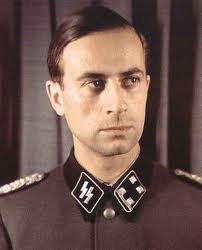 Britain’s Black Triangle Campaign, which was set up to combat discrimination against disabled people, uses as its symbol the ‘black triangle’ which the Nazis forced people with mental and other disabilities to wear in the extermination camps during the Holocaust.

The generic classification they used was ‘arbeitsscheu’ – literally ‘workshy’.

The lessons are clear. The holocaust had small beginnings and advanced in a series of imperceptibly small steps. The medical profession accepted its basic premises (that there is such a thing as ‘a life not worth living’ and that killing such people was ‘an act of mercy’) and failed to protest whilst a small section of its members actively acquiesced to involvement.

RCGP members should take these lessons to heart as they contemplate whether or not to drop their official opposition to a change in the law to allow doctors help people take their own lives.
Posted by Peter Saunders at 08:39