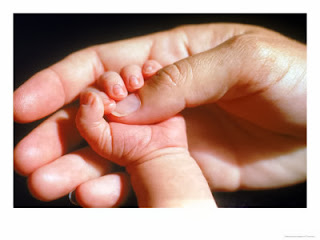 The belief that parents and families will be damaged by having a disabled child, and that this damage can be limited through abortion, is almost unquestioned today.

This has been a major assumption accepted by many participants in the current debate on abortion for anencephaly in Northern Ireland, on which I have recently written.

But does the medical literature bear this out?

The question is an important one to ask both for Northern Ireland and for the rest of UK where abortion for fetal disability is already legal up until the time of birth.

Recent statistics showed that between 2002 and 2010 there were 17,983 abortions of disabled babies in Britain. The overwhelming majority of these were for conditions compatible with life outside the womb and 1,189 babies were aborted after 24 weeks, the accepted age of viability.

Psychological trauma following abortion appears to be least when the pregnancy is early, when there is no maternal ambiguity about the decision and when the child was most definitely not wanted.

Conversely psychological trauma is most marked with late, wanted pregnancies.

As abortions for congenital abnormality usually occur in pregnancies that are both late and wanted, it is not surprising therefore that psychological morbidity is considerable.

Psychological morbidity following termination of pregnancy for fetal disability is prevalent and persistent (1,2) and associated with long-lasting consequences for a substantial number of women (3).

Rather than leading to psychological well-being, termination of pregnancy for fetal disability is an emotionally traumatic major life event which leads to severe posttraumatic stress response and intense grief reactions that are still detectable some years later (4).

People do not easily ‘get over it’ although proper support during the loss can lessen psychological morbidity (5). In fact women who terminate pregnancies for fetal anomalies experience grief as intense as those who experience spontaneous perinatal loss with approximately a fifth developing major depression and/or requiring psychiatric intervention (6).

Their families are also not immune with even very young children and those sheltered from knowledge of the event showing reactions to their parents’ distress and maternal absence (7).

Some may experience an acute grief reaction or be plagued by guilt and fear that can precipitate marital breakdown. Additionally, there is a risk that through striving to eradicate congenital disability, a community risks promoting a cult of perfectionism that may have discriminatory effects on disabled people (8). 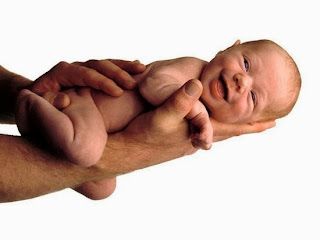 By contrast, current data on children and families affected by disabilities indicate that disability does not preclude a satisfying life. Many problems attributed to the existence of a disability actually stem from inadequate social arrangements that public health professionals should work to change (9).

This, along with the psychological morbidity often accompanying abortion for fetal disability has led many to conclude that abortion for even severe fetal disability, as well as taking the life of a disabled person, is also worse for the parents and families concerned.

This is underlined by a case report in which a mother, against advice, chose to carry an eventually stillborn baby with anencephaly to term. It was found afterwards that she was ‘managing well and was more emotionally stable than the majority of women who underwent termination on genetic grounds’ (10).

Janet Goodall, a paediatrician with a lifetime’s experience of caring of severely disabled children, describes the ‘pearl effect’.

‘In a culture that views success and failure in materialistic terms, many perceive disabled children as an extra burden.

But paradoxically, divorce rates and unhappiness are no more common in the families of disabled children than in those with healthy children.

Like the grit in the oyster that causes a pearl to form, caring for a child with special needs often strengthens relational bonds and encourages spiritual growth.

As the agony of Gethsemane led to resurrection life, so the reciprocal love between the disabled child and his parents and the care shown by professionals, families and churches can act as a catalyst for maturity and stability.’(11)

The Christian ethic, which calls the strong to make sacrifices for the weak, following Christ’s own example to us, leads to a strengthening of family and society, by combating discrimination and strengthening human virtues of patience, perseverance and altruism.

8.Chandler M, Smith A. Prenatal screening and women'sperception of infant disability: a Sophie’s Choice for every mother. NursInq 1998;5(2):71-6 (June)