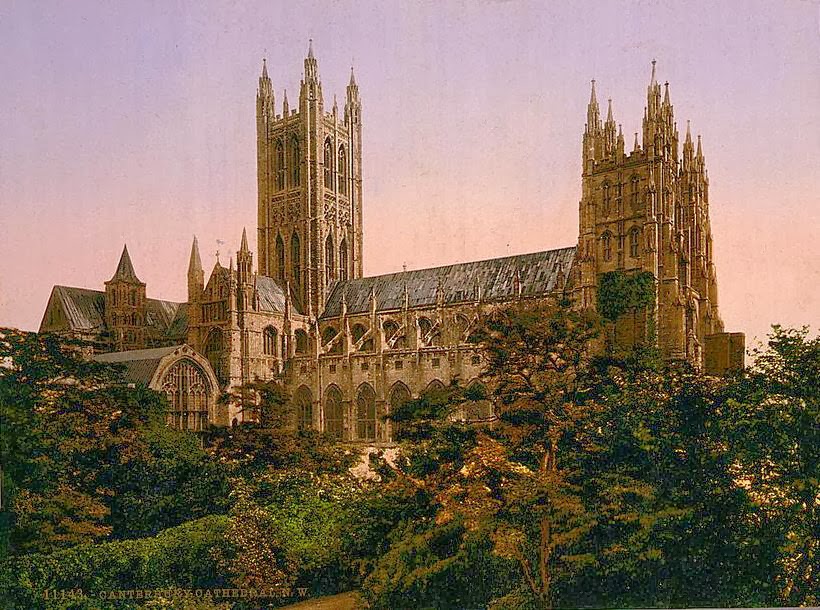 ‘Those same sex couples who choose to marry should be welcomed into the life of the worshipping community and not be subjected to questioning about their lifestyle.’ Neither should they 'be denied access to the sacraments'.

This extraordinary statement is embedded deep within paragraph 18 in the ‘statement of Pastoral Guidance on Same Sex Marriage’ issued by the Archbishops of Canterbury and York on behalf of the House of Bishops of the Church of England this week.

The document, however, also concludes (in bold) that the House of Bishops is not ‘willing for those who are in a same sex marriage to be ordained to any of the three orders of ministry’ (paragraph 27).

In addition it considers that ‘it would not be appropriate conduct for someone in holy orders to enter into a same sex marriage, given the need for clergy to model the Church's teaching in their lives’ (27).

However in the same breath it also says that ‘The Church of England has a long tradition of tolerating conscientious dissent and of seeking to avoid drawing lines too firmly’ (28).

So, in other words, laity who enter into same sex marriages (which must be outside the church as the church will not currently conduct marriage services for such couples) are to be ‘welcomed’ but clergy are to 'accept and minister the discipline of this Church and respect authority duly exercised within it' (28) by not conducting same sex marriages or entering into them themselves.

But it is not at all clear what will happen to those clergy who refuse to toe the line. Just how far will their 'conscientious dissent' be tolerated? Time will tell.

John Bingham, Social and Religious Affairs editor of the Daily Telegraph, who reviewed the document last week has called it a ‘masterclass in doublespeak, obfuscation and internal contradiction’.

The Christian blogger Cranmer has said that the document ‘is theologically bungling and spiritually vacuous’ and makes the obvious point that ‘it is not what Canon Law prohibits in theory but how the bishops handle disobedience in practice which will determine and define the Church's theology on same-sex marriage’.

It will surely only be a matter of time before some clergy begin to test this inconsistency by ‘marrying’ in a registry office and then turning up to minister at church or taking their challenge to the courts.

The future seems clear. Some members of the church will progressively push the boundaries and argue, in the interests of equality and consistency, that first clergy and ultimately Bishops should be granted the same degree of ‘conscentious dissent’ given to the laity. And it will be very difficult for the Bishops, having already made the concessions they have, to hold the line.

St Paul took a different view. He warns in his first letter to the Corinthians (6:9,10) that ‘participants in same-sex intercourse’ will not ‘inherit God’s Kingdom’.

He places these people in the same category as those who are ‘sexually immoral, worship false gods, adulterers, thieves, greedy, drunks, abusive people, and swindlers’.

He urges the church in Corinth to deal with these cases itself and not to involve the courts and makes it very clear in the previous chapter (1 Corinthians 5) that those who claim to be believers (call themselves ‘brother’ or ‘sister’) and behave this way are to be expelled from the church.

If we think that this is implying that the church should not welcome sinners we have misunderstood Paul completely. He actually exhorts the church to ‘associate’ with those ‘in the outside world’ who are ‘sinners’ (5:9-12) and not to judge them.

After all this is what Jesus himself did and many of the Corinthian church members once participated in these practices themselves (6:11).

But this is not what the Church of England Bishops are saying. They are saying that those who call themselves believers and continue in these above activities should be ‘welcomed into the life of the worshipping community’ and 'should not be denied access to the sacraments' (baptism and communion).

This distinction between the way unbelievers and people who claim to be believers are to be treated is the crucial distinction.

Furthermore it highlights precisely how the Church of England no longer follows the Apostles’ teaching.
Posted by Peter Saunders at 14:51