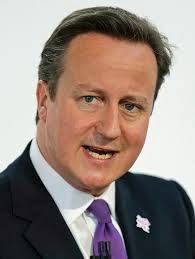 An assortment of ‘liberal’ journalists, scientists and celebrities have today accused David Cameron of risking causing ‘alienation’ in society by saying Britain is a ‘Christian country’.

The 50 signatories to a letter to the Daily Telegraph say that Britain is largely a ‘non-religious society’ and warn about the ‘negative consequences for politics and society’ that the Prime Minister’s comments engender.

Interestingly, other faith leaders have defended Cameron. Farooq Murad, secretary general of the Muslim Council of Britain, has spoken of the UK’s ‘deep historical and structural links’ to Christianity and Anil Bhanot, managing director of the Hindu Council UK, said he is ‘very comfortable’ with the PM’s description. Ironically, the Muslims and Hindus appear more tolerant than the ‘liberals’.

On one level the 50 correspondents are correct. The overwhelming majority of people in this country do not hold to core historic teachings of the Christian faith such as those we celebrate at Easter - Jesus’ divinity, incarnation, crucifixion, resurrection, ascension and return in judgement. Biblical teaching on ethics is also increasingly falling out of favour at a practical level – witness Britain’s family breakdown, spiralling rates of abortions and sexually transmitted diseases, epidemics of alcohol misuse, gambling, debt and obsession with celebrity culture, personal peace and material things.

In fact David Cameron has himself described his faith as fading and reappearing ‘like Magic FM in the Chilterns’.  His support of same sex marriage, his weakness on opposing abortion and defending Christian conscience along with his glaring omission of any reference to Christ’s death and resurrection in his Easter address make it highly likely that Jesus and his apostles would not have recognised the PM’s faith as orthodox. He may profess Christianity, but as I have previously argued, actually fails Luther’s test of confession.

But at another level the prime minister is quite correct about Britain being ‘Christian’. After all, 59% of Britons still self-identify as Christians according to the 2011 ONS survey. And there is no doubt that Christian influence on British society has been immense.

In his speech on the 400th anniversary of the King James Bible, Cameron said that the Bible had ‘bequeathed a body of language that permeates every aspect of our culture and heritage… from everyday phrases to our greatest works of literature, music and art’.

Our politics too, he said, owed to Christianity everything from ‘human rights and equality to our constitutional monarchy and parliamentary democracy’ and ‘from the role of the church in the first forms of welfare provision, to the many modern day faith-led social action projects’. Not only did it place the 'first limits on Royal Power’ but, even more significantly, ‘the knowledge that God created man in his own image was… a game changer for the cause of human dignity and equality’.

Cameron correctly echoed Margaret Thatcher who once said, ‘we are a nation whose ideals are founded on the Bible’ and illustrated this with a list of foundational Christian values including ‘responsibility, hard work, charity, compassion, humility, self-sacrifice, love…pride in working for the common good and honouring the social obligations we have to one another, to our families and our communities…’

All of which raises the question why these 50 atheists and secular humanists are so incensed by the Prime Minister’s references to the Christian faith. Is there a deeper issue here?

Telegraph blogger Toby Young has rather provocatively suggested that ‘the liberal metropolitan elite’ despise Christianity because it poses a challenge to their moral authority. These people constitute ‘a secular priesthood’ , he argues, who see ‘anything that suggests there might be a higher source of authority than them when it comes to matters of right and wrong’ as ‘a direct challenge to their status’.  What greater threat to our moral status than the ‘God-man’ Jesus Christ who asserted that he was both our Saviour and Judge?

But is there, perhaps, also a hint of jealousy? Malcolm Muggeridge (1903-1990), the late journalist and author was a secular humanist for most of his life (before a late Christian conversion), but, like the PM, was honest about Christianity’s social impact. He said, ‘I’ve spent a number of years in India and Africa where I found much righteous endeavour undertaken by Christians of all denominations; but I never, as it happens, came across a hospital or orphanage run by the Fabian Society, or a humanist leper colony’.

Come to think of it, the secularists haven’t actually been at the forefront of the sort of community-led initiatives the PM has been praising either – where are the secularist food banks, night shelters, street pastors, debt-counsellors and drug and alcohol rehabilitation centres?

So my challenge to the 50 secularists is this – bleat as much as you like, but if you really want to be taken as seriously as Christ himself as a life-changing and community-transforming force, then please demonstrate to us how secularism can transform societies and communities for good? Where is the historical legacy? Where is the evidence that secularism is a positive society-transforming power?

After all, actions speak louder than words. And Jesus said that the real test of a tree was its fruit.
Posted by Peter Saunders at 12:37