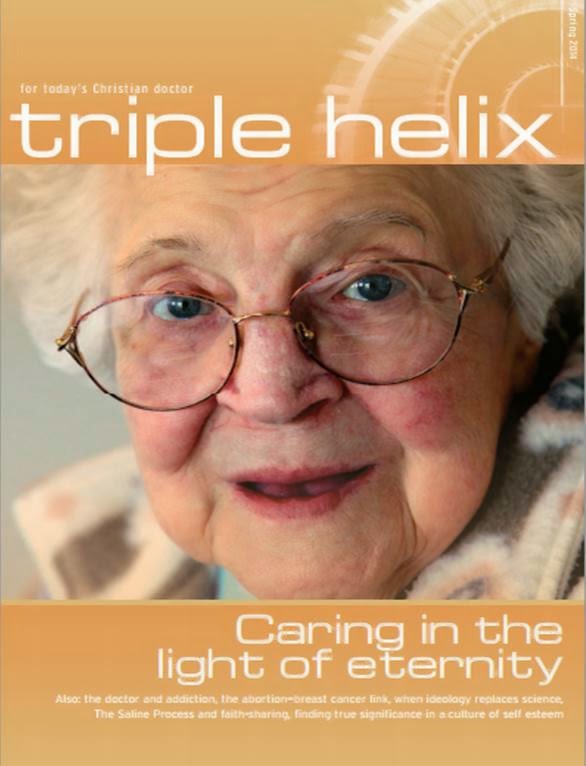 In July 1949, the New England Journal of Medicine printed an article by Dr Leo Alexander titled 'Medical Science under Dictatorship'.

In it, he explains what happens to science when it 'becomes subordinated to the guiding philosophy' of a political ideology.

'Irrespective of other ideologic trappings', he argues, the 'guiding philosophic principle of recent dictatorships' is to replace 'moral, ethical and religious values' with 'rational utility'.

Alexander eloquently demonstrates how 'medical science in Nazi Germany collaborated with this Hegelian trend' and became the source of 'propaganda' which was 'highly effective in perverting public opinion and public conscience, in a remarkably short time'.

This expressed itself in a rapid decline in standards of professional ethics and led ultimately to the German medical profession's active participation in 'the mass extermination of the chronically sick' and of 'those considered socially disturbing or racially and ideologically unwanted'.

Britain is not Nazi Germany and is a democracy rather than a dictatorship. However, all democracies are also susceptible to influence by well organised minorities and it is very clear, in this post-Christian society, that the corridors of power are increasingly filled by those who do not subscribe to a Christian worldview and values.

In fact, many of those who occupy positions of influence in our 'mountains of culture' – universities, schools, media, judiciary, parliament institutions and entertainment industry – are actively hostile to Christianity and supportive of public policy directions consistent with a secular humanist agenda – eg. pro-choice on abortion, supportive of 'assisted dying', embryo research and same sex marriage.

These issues are of course highly political. But is there any evidence that the 'medical science' marshalled to support them is in any way being influenced or shaped by secular humanist ideology?

Two articles in the latest edition of Triple Helix would say 'yes'. They make the case that financial or ideological vested interests can be used to stifle the truth when medical issues become highly politicised. Both articles question the way that British Royal Colleges have handled scientific evidence in their support for a certain public policy direction.

She explains why a link between abortion and breast cancer is entirely biologically plausible and points out how oft-quoted studies which deny such a link 'often resort to errant methodology which obscures the actual scientific question they were purported to answer'. She singles out for particular criticism a frequently cited meta-analysis by Beral et al on which the RCOG leans heavily in formulating its abortion guidance. She then cites a 2014 meta-analysis of 36 studies by Huang et al which looked specifically at the relationship between induced abortion (IA) and breast cancer. It found that IA is significantly associated with an increased risk of breast cancer among Chinese females, and that the risk of breast cancer increases as the number of IAs increases.

Peter May, retired GP from Southampton, takes issue with the Royal College of Psychiatrists (RCPsych) over their opposition to 'change therapies' for unwanted same sex attraction. He accuses the College of locking itself into a 'born gay' ideology by ignoring the evidence to the contrary. The College's argument that causation is 'biological' has led to the widespread belief that LGB people are being 'true to their nature' in homosexual behaviour. Yet twin studies do not support this view and in 2006, a major Danish study reported, 'population-based, prospective evidence that childhood family experiences are important determinants of heterosexual and homosexual marriage decisions in adulthood.'

The position of the RCOG on the abortion breast cancer link, and the RCPsych on the causation of homosexual orientation, have both been profoundly influential on public policy. In fact the latter has even helped shape policy within the Church of England.

These College positions will remain crucially influential this year with the Department of Health about to issue guidelines on abortion and Parliament about to consider legislation seeking to ban 'change therapies'.

It is part of the role of Triple Helix to highlight issues like this so that our readers can participate in these debates in a fully informed way. They have profound implications, not just for public policy, but also for fully informed consent.

As Peter May concludes, 'We have a mandate to be passionate and honest about truth and to strive to teach it accurately. All truth belongs to God, and all untruths deny him. We must insist that love and truth are essential values in public discourse.'

This editorial initially appeared in the Spring 2014 edition of Triple Helix
Posted by Peter Saunders at 03:10