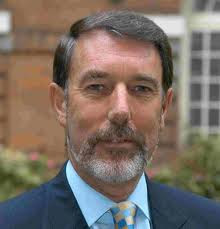 On 25 June in a blog titled ‘BMA still not listening to public or science on late abortion’ I reported on the vote at the British Medical Association annual representative meeting against a motion which sought to provide legal protection for babies at the threshold of viability.

Delegates objected to a lowering of the upper abortion limit for babies without disability to 20 weeks by a two to one majority.

The BMA produced a seven page briefing paper opposing the motion and delegates were encouraged by both BMA Council Chairman Hamish Meldrum (pictured) and Ethics Chairman Tony Calland to vote against it.

The BMA is deeply committed to abortion and has been in recent years an ardent exponent of abortion rights. This is not surprising given that doctors have carried out over 7 million abortions in Great Britain since 1967.

But it has not always been so.

A recent article in the British Medical Journal refers to Christian Medical Fellowship as a ‘lobby group’ and specifically criticises by implication its views on abortion.

But in fact CMF’s views on abortion are in accord with all historic codes on medical ethics such as the Hippocratic Oath, the Declaration of Geneva and the international Code of Medical Ethics. They are also in accord with the historic position of the BMA!

The British Medical Association itself was once strongly opposed to abortion as revealed in BMJ archives recently published on the journal’s website.

So what does this have to do with abortion you might ask? The answer lies in the document’s conclusion:

By contrast the CMF still opposes abortion. This does not make the CMF a lobby group. It rather raises questions about the behaviour of the BMA.
Posted by Peter Saunders at 06:13