LGBT community and church at sixes and sevens over bisexuality 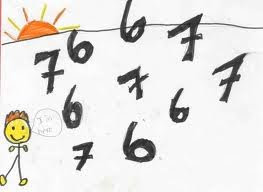 This week 100 clergy sent a letter to the Times(£) giving their support for holding civil partnership ceremonies in Church of England churches.

The Rev Gillean Craig, Vicar of St Mary Abbots, Kensington, told The Times why he signed: ‘The homosexual women and men who are my friends and colleagues leave me in no doubt that their sexual orientation is given. It’s how they are, not a lifestyle choice.’

The belief that sexual orientation is biologically determined and fixed is increasingly common, but has been recently challenged by new research into the rise of bisexuality.

In a recent ‘comment’ piece in the Church Times, Andrew Goddard and Professor Glynn Harrison challenge this widely held perception.

‘The old belief is still common, especially in the Church, that people are either homosexual or heterosexual. “Gay” and “straight” are often spoken of as though they were distinct and enduring categories of human experience, present from birth and rooted in biological difference. Many still think that it is all simply to do with having been “born that way”. To this way of thinking, nurture, environment, culture, and human agency are supposed to have contributed little to the way in which sexual desires develop and integrate with personality.’

They argue, on the basis of two recently published reports (1,2), that the best and most recent evidence fundamentally challenges the commonly accepted framework. These studies confirm that there are a number of people who decline conventional categories of ‘gay’ or ‘straight’, and prefer instead to characterise themselves in terms such as ‘bisexual’ or ‘unlabelled’.

The UCLA review reports that, in the US, an estimated 3.5 per cent of adults label themselves as ‘lesbian’, ‘gay’, or ‘bisexual’. But, more importantly, within this figure, “bisexuals” are a slight majority overall — 1.8 per cent compared with 1.7 per cent who identify as gay or lesbian — and a clear majority among women.

The NHSR report says that 11 per cent of the Americans surveyed (aged 15-44) acknowledge some level of same sex attraction, and 8.8 per cent have engaged in sexual behaviours with someone of the same sex at some time in their lives.

This fluidity has been recognized by commentators from the LGBT community for some time. Former MP and journalist Matthew Parris wrote several years ago:

‘Sexuality is a supple as well as subtle thing, and can sometimes be influenced, even promoted; I think that in some people some drives can be discouraged and others encouraged; I think some people can choose’ (The Times, 5 August 2006).

Cynthia Nixon is the latest in a line of ‘celebrities’ drawing our attention to the idea of ‘liquid’ sexualities.

Nixon, best known for the role of Miranda in ‘Sex and the City’, spent fifteen years in a committed relationship with a man, bearing him two children during that time. But for the past eight years, she has been in a relationship with a woman, to whom she is engaged.

In an interview with The New York Times Magazine, Nixon said, ‘I understand that for many people it’s not, but for me it’s a choice’.

In a recent commentary Linda Carbonell, spells out the implications of these developments for the gay rights movement:

‘For years now, gay rights activists have been making the case that gay is not a “lifestyle choice,” but a biological condition. They consider it essential to the movement for the biology to be accepted as the root cause of homosexuality. The thinking is simple – if being gay is not a choice, then discriminating against people who are gay is unconstitutional.’

But she goes on to say that the gay rights movement is ‘ so dug in to the idea that “lifestyle choice” threatens gay rights that they are attacking actress Cynthia Nixon for saying that for her, at least, it was a choice’.

As reported in ABC News, ‘Nixon’s comment upset some members of the lesbian, gay, bisexual and transgender community, who took umbrage with the idea that they have control over their sexual preference.’

So much so it seems that they have attempted to get Nixon to restate her position:

In a statement published by the LGBT magazine The Advocate, Nixon is now quoted as saying:

‘While I don’t often use the word, the technically precise term for my orientation is bisexual. I believe bisexuality is not a choice, it is a fact. What I have ‘chosen’ is to be in a gay relationship. As I said in the Times and will say again here, I do, however, believe that most members of our community — as well as the majority of heterosexuals — cannot and do not choose the gender of the persons with whom they seek to have intimate relationships because, unlike me, they are only attracted to one sex.’

These fluid, flexible, competing sexual attractions pose ethical questions for everybody, including those of religious faith.

As Goddard and Harrison argue, ‘The concept of a spectrum of sexuality - something known for decades, but often ignored - reflects the complex reality of sexual attraction and behaviour, and calls into question simplistic analogies between sexual orientation and race.’

It also raises the question of how to provide pastoral support for those who recognize they have a bisexual orientation, yet wish to remain heterosexual and monogamous in practice.

Such people surely must have the right to seek pastoral and counselling support in managing their sexual desires in line with their chosen religious identity and values. And this will obviously involve learning to encourage and nurture heterosexual feelings whilst at the same time seeking not to act on homosexual feelings.

After all, not acting on heterosexual sexual impulses is part of life for single Christians who have never married, or are divorced or bereaved.

As affirmed in a new booklet published by CMF last year, ‘People with unwanted same sex attraction who seek to live in conformity with their beliefs should be free to receive appropriate and responsible practical care and counsel’.

1. The 2011 National Health Statistics Report (NHSR) is a nationally representative, multistage study that investigates a wide range of sexual attractions and behaviours (A. Chandra et al., Sexual Behaviour, Sexual Attraction, and Sexual Identity in the United States, US Department of Health and Human Services, 2011).

2. A review from the UCLA School of Law combines data from nine recent surveys (G. J. Gates, How Many People are Lesbian, Gay, Bisexual, and Transgender?, The Williams Institute, UCLA, 2011).
Posted by Peter Saunders at 14:55