Is the Bible reliable? A brief overview of the most common objections. 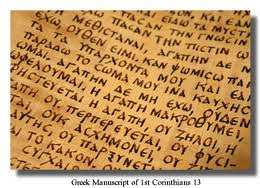 The Bible is actually a collection of 66 different books written by over 30 different authors in three continents in three languages over a period of 1,500 years which has been carefully complied from reliable copies of the original manuscripts (hand-written documents).

Christians believe that the Bible is both divinely inspired and an accurate record of God’s dealings with man. But many people today question its accuracy. This questioning usually boils down to one of four main questions as follows:

1.Did the events described really happen in the way the eyewitnesses claimed they did?
(Are there errors of fact?)

If the eyewitnesses did not relate the events as they originally occurred, then there are only two possibilities. Either they were mistaken or they deliberately lied.

Individuals may suffer from errors of perception but not whole groups. Unlike the 'revelations' of contemporary cult leaders many of the events described in the Bible were witnessed by more than one person. On examining the accounts we find a remarkable degree of consistency. Consider for example the parallel histories in Kings, Chronicles and the Prophets, the biography of Jesus in the four Gospels or the 500 who were said to have seen Christ after the resurrection. (1 Cor 15:6)

On the other hand would the authors deliberately lie? According to historical tradition, eleven of the twelve disciples of Jesus met a violent death on account of their belief in his resurrection. Would they really have put themselves through such suffering for a faith they knew was false? (1 Cor 15:15-19; 2 Cor 11:23-29)

2.Did the story change before it was written down?
(Are there errors of verbal transmission?)

Many people in our 21st century world of internet, email and word-processing believe that verbally transmitted information could never remain uncontaminated. But an examination of the way stories are passed on in contemporary non-literate societies quickly puts paid to this kind of cultural arrogance. Oral traditions are composed in easily memorable format and are constantly repeated and checked. Some early Muslim converts have memorised over 6,000 verses of the Qu'ran accurately! The capacity of the human memory is astounding as any mother who has read to her children knows.

Despite this, there was no chain of verbal transmission before much of the Bible was committed to writing. The words and deeds of Jesus were clearly recorded by eyewitnesses (2 Pet 1:16; 1 Jn 1:3, 19:35) or at least by those who carefully interviewed them (Lk 1:1-3). The meticulous detail in some of the observations proves their authenticity (Jn 19:34-5; 20:6-7).

3.Is what we have now what was originally written down?
(Are there errors of written transmission?)

Scribes who copied Scripture were meticulous in their attention to detail. One has only to look at old manuscripts like the Book of Kells in the Dublin Trinity College library, or some of the scrolls in the British Museum to see the truth of this. Even if we doubted this fact there are enough early copies of both Old and New Testament documents to show that they have not been changed over the course of time. Entire copies of the New Testament in Greek dating from the 3rd and 4th centuries (Codex Vaticanus, Sinaiticus and Alexandrinus) can be viewed today. Some of the earliest fragments (eg John Ryland) date from the lifetime of those who knew the apostles personally. Until last century the earliest Old Testament in Hebrew which we possessed was the Massoretic Text (cAD900). However, the Dead Sea Scrolls discovered at Qumran in the 1940s, (which contain parts of every Old Testament book save one) are 1,000 years older and virtually identical.

When comparisons are made with other documents of antiquity the Bible documents stand alone in terms of authenticating evidence. We know about Julius Caesar (whose existence no-one doubts) from less than a dozen copies of the original documents, the earliest of which post-date his death by 1,000 years. By contrast there are over 5,000 Greek manuscripts alone of New Testament records of the life of Christ and his apostles surviving from the first few hundred years after he walked the streets of Palestine (For more detail on this see here and here)

Apart from the New Testament documents, early Jewish and Roman literature also makes mention of Christ: his teaching, miracles, crucifixion under Tiberius and even the three hours darkness at the time of his death. (see Tacitus, Lucian, Josephus, Suetonius, Pliny and Thallus).

Archeological discoveries have repeatedly confirmed that those who wrote the Bible were consummate historians of the first order. (eg Ezra 6:13-16; Lk 3:1-2)

Those who make reference to the 'thousands' of contradictions in the Bible are usually unable to name one. Most genuine contradictions can be attributed to minor errors in hand copying of individual letters or numbers (eg 2 Ch 36:9 cf 2 Ki 24:8) or to verses being taken out of context (eg Mt 7:8 cf Pr 1:28). Others arise when the same story is told from the perspective of different observers (eg Lk 24:1-2 cf Jn 20:1) This is what we would expect. If serial witnesses in court give identical testimonies, one might suspect that the evidence has been fabricated.

Some contradictions may seem at first difficult to account for, but can be explained satisfactorily (eg Judas's mode of death Mt 27:5 cf Acts1:18 and Jesus's genealogy Mt 1:6-16 cf Lk 3:23-31.) Apparent contradictions confirm rather than cast doubt on the Bible's authenticity. They would be carefully edited out in a fake. The fact remains that there is not a single error in the Bible which casts doubt on any significant historical biblical event or doctrine. Whilst accepting that there will always be mysteries, there are reasonable explanations for virtually all the so-called contradictions (See 101 cleared up contradictions)

Throughout the last two thousand years the Bible has withstood vociferous criticism with flying colours.

In my experience those who are most vocal in questioning it reject it, not because of the above reasons (these are just smokescreens!) but for one of five reasons:

1.Hearsay. They have never looked at it but have heard that others reject it.
2.Presuppositions. They believe that miracles cannot happen and because the Bible describes miracles it must therefore be false.
3.Science. They think the Bible makes claims which have been disproved scientifically.
4.Morality. They reject the Bible’s moral teaching especially about sexuality.
5.Personal. They are unwilling to accept the personal implications of the Bible’s teaching.

Some Online References for further reading