Would giving royal assent to the Marriage (Same Sex Couples) Bill place the queen in breach of her coronation oath? 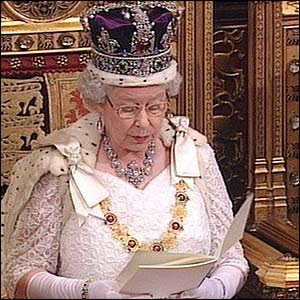 At her coronation in 1953 Queen Elizabeth II was asked by the Archbishop of Canterbury:

She replied, ‘All this I promise to do’.

The Queen is a committed Christian believer who takes very seriously her duty to maintain ‘the true profession of the Gospel’. But what about her similar duty to 'maintain the Laws of God'?

The Laws of God about marriage are very clear.  Marriage is a lifelong monogamous bond between one man and one woman as established by creation ordinance (Genesis 2:24) and upheld by Jesus Christ (Matthew 19:5 ) and his Apostles (Ephesians 5:31).

Furthermore it points to the complementarity, permanence and fruitfulness of Christ’s own relationship with his bride, the church (Ephesians 5:31-2).

The redefinition of marriage which is the basis of the Marriage (Same Sex Couples) Bill runs directly contrary to this.

It is therefore very difficult to see how the Queen can give it her Royal Assent without at the same time violating her Coronation Oath.

Michael Nazir-Ali, the former Bishop of Rochester, made this very point earlier this month.

Lord Mackay, former Lord Advocate and Lord Chancellor, at a recent event hosted by the Theos think tank, was also asked just this question - whether, in light of the Church of England’s opposition, signing the Bill might put the Queen in breach of her Coronation Oath.

Lord Mackay, who opposes same-sex marriage, said that ministers should ensure any legislation was consistent with the Queen’s promise. He said:

‘The Queen under our constitutional arrangements is expected to act in accordance with the advice of her ministers, given ultimately through the Prime Minister. The idea of the Coronation Oath was that it would never be in conflict with that advice and therefore it is the responsibility of the ministers of the Crown to see that whatever advice they give is consistent with the proper construction of the Coronation Oath.’

He added: ‘My hope is that a contradiction between what is advised and what was sworn should never arise.’

But if the Lords pass this bill this exact situation will actually arise. The Prime Minister will be advising the Queen to do something which almost certainly violates her Coronation Oath in the very year she celebrates the 60th anniversary of that coronation.

Even if passed by both Houses of Parliament the Marriage Bill cannot become law without receiving royal assent. So the Queen does have the power to block the bill, even if it is a power she has never yet used with any piece of legislation.

The last time a British Monarch withheld royal assent was over 300 years ago in 1708 – when the last Stuart monarch, Anne, withheld her Assent from a bill ‘for the settling of Militia in Scotland’.

However there have been more recent examples of royal assent being withheld in other European monarchies.

On 2 December 2008 Grand Duke Henri, Luxembourg's monarch and a Roman Catholic, refused to sign a euthanasia bill into law.

As a result the Luxembourg parliament stripped him of his constitutional powers by amending the constitution so that bills would no longer require his approval before passing into law.

A precedent for Luxembourg's move was set in 1990, when Belgium's King Badouin found himself unable to approve an abortion law.

With the king's approval, the government made him a commoner for several days and passed the law, putting him back on the throne after the legislature had enacted the bill unilaterally.

Were the Queen to refuse to sign the Marriage Bill, it would provoke a similar constitutional crisis and would place the British Parliament in the situation of deciding whether to strip her of her constitutional powers in order to force it through.

Over 2,500 years ago, Queen Esther of Persia, a Jewess, was encouraged by her uncle Mordecai to risk her life by taking a stand of conscience in order to protect her own people.

Their conversation, carried out via messengers, is one of the most famous in the Old Testament:

‘Then (Esther) instructed him to say to Mordecai, ‘All the king’s officials and the people of the royal provinces know that for any man or woman who approaches the king in the inner court without being summoned the king has but one law: that they be put to death unless the king extends the gold sceptre to them and spares their lives…

When Esther’s words were reported to Mordecai,  he sent back this answer: ‘Do not think that because you are in the king’s house you alone of all the Jews will escape. For if you remain silent at this time, relief and deliverance for the Jews will arise from another place, but you and your father’s family will perish. And who knows but that you have come to your royal position for such a time as this?’

Then Esther sent this reply to Mordecai: ‘Go, gather together all the Jews who are in Susa, and fast for me. Do not eat or drink for three days, night or day. I and my attendants will fast as you do. When this is done, I will go to the king, even though it is against the law. And if I perish, I perish.’ (Esther 4:11-16)

Is this Queen Elizabeth II’s Queen 'Esther moment' I wonder? Was she brought to royal position ‘for such a time as this’?


We must pray earnestly that she is given great courage and great wisdom.
Posted by Peter Saunders at 14:45