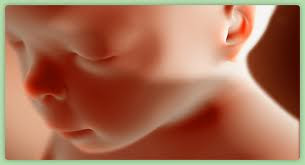 The Republican-controlled US House of Representatives has passed a bill that would reduce late abortions.

The plan to restrict terminations to the first 20 weeks after conception was approved by 228 votes to 196, largely along party lines.


The Pain-Capable Unborn Child Protection Act, which was based on research showing that the unborn child can experience pain by at least 20 weeks gestation, marks the first time that the United States’ Congress have voted to give affirmative protection to unborn children.

The debate followed polls showing that 64% of the American public would support legislation prohibiting abortion after 20 weeks (more detail is in Parliamentary Network for Critical Issues article).

But the bill has no chance of becoming law as Democrats control the Senate and the White House has threatened a veto.

Most US states allow abortions to when a baby becomes viable outside the womb, considered to be some 24 weeks.

The Republican leadership pressed ahead with the abortion bill after the case of Kermit Gosnell, a Philadelphia abortion doctor who was recently sentenced to life in prison after being convicted of killing three babies delivered alive.

There has also been a lot of support for lowering the upper limit amongst UK politicians.

Health Secretary Jeremy Hunt came in for criticism last year  for saying that he believes the upper abortion limit should be lowered from 24 to 12 weeks.

They are not alone in this conviction.

Nearly two thirds of the British public and more than three-quarters of women support a reduction in the 24-week upper age limit. 76% of the public think that aborting a baby at six months is cruel. Furthermore a 2007 poll by Marie Stopes International found that two thirds of GPs wanted a reduction from 24 weeks.


We have all seen Professor Stuart Campbell's high resolution 4D ultrasound images of babies 'walking’, swallowing, coughing, hiccupping from 12 weeks gestation and experienced how mothers bond emotionally to their babies as a result of these scans. We have also seen photographs of babies alive in the womb at 20 weeks (left).


The public also know about individual high profile cases like Manchester'sMillie McDonagh, born after a 22-week pregnancy and the world's most premature baby, Amillia Taylor, who was born a week younger in the US. Experts may argue about survival figures and about comparisons between population-based studies like EPICure and those from top neonatal units but the fact remains that some babies do actually survive below 24 weeks.

Of course it would also raise the question of whether we should be doing the same for disabled babies, who can currently be aborted up until the moment of birth, a question evaluated by a recent parliamentary inquiry which is due to report soon.
Posted by Peter Saunders at 14:09