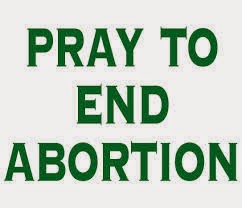 The Metropolitan police have apologised for wrongfully threatening to arrest pro-life campaigners for holding a prayer vigil outside a London abortion facility.

Police used a draconian ‘riot law’ legislation usually employed to disperse rioters and football hooligans to force the three women to move away from the BPAS clinic in Twickenham.

Officers issued the group with Section 14 Public Order Act notices on grounds that they posed a ‘serious risk of disruption to the life of the community’.

But the Metropolitan Police later admitted its officers had made a mistake and said the ‘riot law’ should not have been used.

The protesters, members of the Good Counsel Network (GCN), said they were acting within the law and only spoke to women who are willing to talk.

Justyna Pasek, 33, said she felt like a criminal when her small team was stopped by the police.

‘We hand out leaflets to pregnant women and speak to women who want to speak to us,’ she said, adding: ‘We don’t chase after women, we don’t stop anyone from going into the clinic and we never block the gates.

‘We just pray all the time and hand out leaflets. But we were made to feel like criminals when the police forced us to move away from the clinic. The officers were very aggressive and I felt very harassed and mistreated by them.’

‘I thought this was a free country, but this reminds me of the communist rule I used to live under when I was a little girl in Poland.’

A Scotland Yard spokesman said: ‘We have acknowledged the concerns raised by those affected by our actions. Following a review of the decisions taken on those days, we now acknowledge that the implementation of Section 14 notices under the Public Order Act 1986 was incorrect.’

It is bitterly ironic, at a time when doctors involved in sex selection abortions or illegal pre-signing are not being prosecuted, that police are instead misusing the law to intimidate peaceful protesters.

It is reminder that police can themselves be affected by societal prejudice in their judgements and of how commonplace abortion has become.

It seems not matter what the law says. Whilst those who blatantly disregard the Abortion Act get off scot-free, those who protest about the injustice risk police intimidation and arrest.

There have been over eight million abortions in Britain since the passing of the Abortion Act in 1967.

But during this time there has been only one successful prosecution for illegal abortion, in spite of the fact that 98% of abortions are technically illegal.

This latest incident poses a challenge for Christians to get more involved in prayer over this matter, even in the face of the threat of wrongful arrest.


‘Rescue those being led away to death; hold back those staggering toward slaughter.’ (Proverbs 24:11)