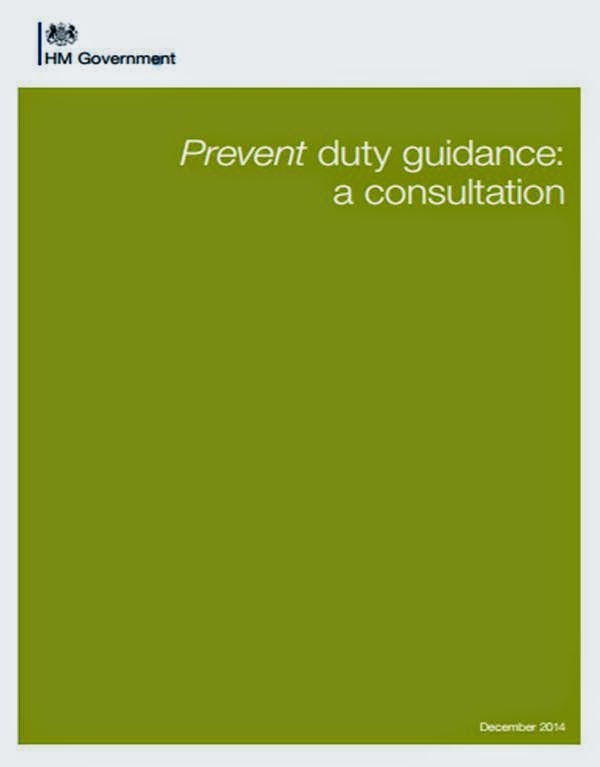 The Government’s Counter-Terrorism and Security Bill, currently being considered by the House of Lords, places a duty on specified authorities, including universities, to ‘have due regard to the need to prevent people from being drawn into terrorism’.

Who could possibly object to that, you might ask.

But in a Britain where rising state intrusion and the steady march of political correctness make frightening bedfellows eternal vigilance is required to preserve basic freedoms.  And there is real cause for concern here.

Official guidance out for consultation – which closes today - sets out the Government’s view that the promotion of ‘non-violent extremist views’ is a major way individuals are drawn into terrorism.

But it defines extremism as ‘vocal or active opposition to fundamental British values, including democracy, the rule of law, individual liberty and mutual respect and tolerance of different faiths and beliefs’.

The problem is that these very same terms have already been used in various contexts to restrict and stifle orthodox Christian beliefs and behaviours such as opposition to abortion, protection of marriage as a lifelong commitment between a man and a woman, prayer, wearing of religious symbols and the preaching of the Gospel . The fact is that some people regard such Christian beliefs and behaviours as offensive and intolerant.

The guidance says universities should have policies in place for dealing with external speakers, such as ‘advance notice of the content of the event, including an outline of the topics to be discussed and sight of any presentations, footage to be broadcast etc’.

It adds that Universities should also have at least 14 days’ notice of the event ‘to allow for checks to be made and cancellation to take place if necessary’.

CMF has responded to the consultation today to express its concerns.

Whilst we affirm the importance of free speech on campus, and recognise the potential risk of misuse of higher education institutions as platforms for drawing people into terrorism, we are also concerned that the guidance as currently drafted would have a chilling effect on free speech and freedom of association, wholly disproportionate to its impact on the prevention of terrorism.

Fourteen days’ notice for booking a speaker for an event is impractical for a student society such as a Christian Union that may well have an external speaker visiting every week, and where last minute changes are sometimes necessary. A small group of Christian medical students might well arrange for a local doctor to join them for a meeting on campus to discuss an ethical issue at short notice. Such events would appear to be banned by this guidance. What about a long planned event where a speaker is unwell the day before, and a replacement is brought in?

Submission of content for such an event would restrict the nature of events on campus. If a debate or discussion is held, it may be very difficult to know the exact content of such an event in advance. Is such debate to be stifled?

Institutions of higher education will not want to see their students cloistered as a result of an overprotective bureaucracy, which places unreasonable demands on many perfectly legitimate outside speakers who will be effectively censored. This guidance will perhaps unintentionally lead to an increasingly narrow spectrum of views being represented and debated on campus. Without exposure to a broad range of views and healthy debate, how can students choose their worldview in the marketplace of ideas, fight extremism and prepare for life beyond study?

‘A system for assessing and rating risks’ for such events is likely to be bureaucratic in the extreme, and expose small student societies to large amounts of paperwork, simply to be able to have any external speaker at their event.


We would urge that the specifics of these draft regulations be reconsidered.