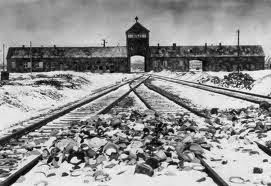 This week has seen two significant anniversaries that have revived memories of the Second World War, and in particular what Britain was spared from.

First was the 50th anniversary of the death of the great wartime British Prime Minister Winston Churchill on 24 January 1965.

Second was the 70th anniversary of the liberation of prisoners from the Auschwitz-Birkenau concentration camp – Holocaust Memorial day. More than one million people, mostly Jews, died at the Nazi camp (pictured) before it was liberated by allied troops on 27th January 1945.

Earlier this week a Jewish figurehead sparked controversy by suggesting that new draft legislation seeking to decriminalize assisted suicide in Scotland is based on similar principles to racist Nazi laws that paved the way for the Holocaust.

Ephraim Borowski, director of the Scottish Council of Jewish Communities, spoke out against Patrick Harvie’s Assisted Suicide Bill which is currently making its way through Holyrood in an evidence session with MSPs.

He referred to Holocaust Memorial Day to make ‘a point about practicalities rather than principles’ and added: ‘It's now a well-known cliche that the Holocaust didn't begin in Auschwitz, it ended in Auschwitz. In terms of principle, it began with the belief that some lives are not worth as much as others, and that is precisely what we are faced with here.’

Understandably his claims have elicited appeals to ‘Godwin’s law’ -  an adage asserting that ‘As an online discussion grows longer, the probability of a comparison involving Nazis or Hitler approaches 1’.

But rather than dismissing Borowski’s comparison out of hand critics should spend some time examining the historical evidence-base behind it because it is considerable.

The horrific genocide of six million Jews was in fact only the final chapter in the Nazi holocaust story.
The detail of how it happened, and particularly the role of doctors in the process, is not at all well known.

What ended in the 1940s in the gas chambers of Auschwitz, Dachau and Treblinka had much more humble beginnings in the 1930s in nursing homes, geriatric hospitals and psychiatric institutions all over Germany.

Twenty three physicians (see below) were tried at the so-called Nuremberg Doctors' Trial in 1946, which gave birth to the Nuremberg Code of ethics regarding medical experiments. 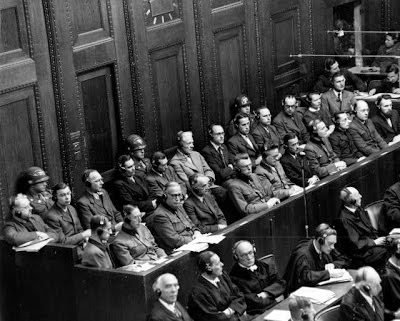 How did it actually happen?

Our story begins with Germany emerging from the First World War defeated, impoverished and demoralised.

Into this vacuum in 1920 Karl Binding, a distinguished lawyer, and Alfred Hoche, a psychiatrist, published a book titled ‘The granting of permission for the destruction of worthless life. Its extent and form'.

In it they coined the term ‘life unworthy of life’ and argued that in certain cases it was legally justified to kill those suffering from incurable and severely crippling handicaps and injuries. Hoche used the term ballastexistenzen (‘human ballast’) to describe people suffering from various forms of psychiatric disturbance, brain damage and retardation.

By the early 1930s a propaganda barrage had been launched against traditional compassionate 19th century attitudes to the terminally ill and when the Nazi Party came to power in 1933, 6% of doctors were already members of the Nazi Physicians League.

In June of that year Deutsches Arzteblatt, today still the most respected and widely read platform for medical education and professional politics in Germany, declared on its title page that the medical profession had ‘unselfishly devoted its services and resources to the goal of protecting the German nation from biogenetic degeneration’.

From this eugenic platform, Professor Dr Ernst Rudin, Director of the Kaiser Wilhelm Institute of Psychiatry of Munich, became the principle architect of enforced sterilisation. The profession embarked on the campaign with such enthusiasm, that within four years almost 300,000 patients had been sterilised, at least 50% for failing scientifically designed ‘intelligence tests’.

By 1939 (the year the war started), the sterilisation programme was halted and the killing of adult and paediatric patients began. The Nazi regime had received requests for ‘mercy killing’ from the relatives of severely handicapped children, and in that year an infant with limb abnormalities and congenital blindness (named Knauer) became the first to be put to death, with Hitler’s personal authorisation and parental consent.

This ‘test-case’ paved the way for the registration of all children under three years of age with ‘serious hereditary diseases’. This information was then used by a panel of ‘experts’, including three medical professors (who never saw the patients), to authorise death by injection or starvation of some 6,000 children by the end of the war. 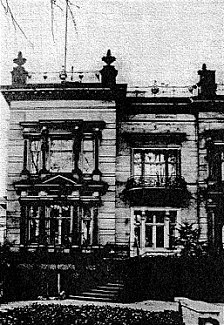 Adult euthanasia began in September 1939 when an organisation headed by Dr Karl Brandt and Philip Bouhler was set up at Tiergartenstrasse 4 (T4) (pictured left The aim was to create 70,000 beds for war casualties and ethnic German repatriates by mid-1941.

All state institutions were required to report on patients who had been ill for five years or more and were unable to work, by filling out questionnaires and chosen patients were gassed and incinerated at one of six institutions (Hadamar being the most famous).

False death certificates were issued with diagnoses appropriate for age and previous symptoms, and payment for ‘treatment and burial’ was collected from surviving relatives.

The programme was stopped in 1941 when the necessary number of beds had been created. By this time the covert operation had become public knowledge.

The staff from T4 and the six killing centres was then redeployed for the killing of Jews, Gypsies, Poles, Russians and disloyal Germans. By 1943 there were 24 main death camps (and 350 smaller ones) in operation.

Leo Alexander (right), a psychiatrist with the Office of the Chief of Counsel for War Crimes at Nuremberg, described the process in his classic article 'Medical Science under Dictatorship' which was published in the New England Medical Journal in July 1949.

Among their numbers were some of the leading academics and scientists of the day; including professors of the stature of Hallervorden (neuropathology), Pernkopf (anatomy), Rudin (psychiatry/genetics), Schneider (psychiatry), von Verschuer (genetics) and Voss (anatomy). None of these men were ever prosecuted while of the 23 defendants at Nuremberg, only two were internationally recognised academics.

It is easy to distance ourselves from the holocaust and those doctors who were involved. However, images of SS butchers engaged in lethal experiments in prison camps don’t fit the historical facts; the whole process was orchestrated through the collaboration of internationally respected doctors and the State. 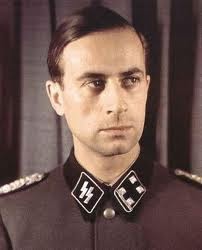 The British Medical profession and the Holyrood parliament need to take note.