Scientists dismiss opposition to three-parent embryos as 'ignorant' - haven’t we been here before? 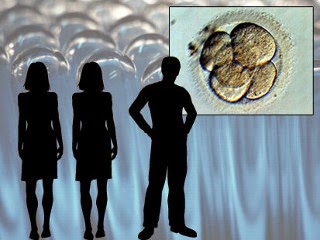 Next Tuesday MPs in the House of Commons will be asked to vote to make Britain the first country in the world to offer controversial ‘three-parent’ fertility treatments to families who want to avoid passing on mitochondrial diseases to their children.

This is final crunch time so it’s not surprising that the media is giving the debate high profile.

Yesterday the Anglican and Catholic Churches struck back criticising the move on grounds of ethics, efficacy and safety.

Today the scientists have done their usual retreat at such moments and accused the churches of ‘ignorance’: ‘The objections are all religious, they just don’t understand the science’.

But it’s precisely because the scientists have not effectively made their case that Christians with science backgrounds are raising objections.

Over the last three years Christian Medical Fellowship – an organisation with over 4,500 British doctors as members – has published over 20 articles (see here and here) raising serious questions not just about the ethics, but also about whether these techniques are safe, workable or even necessary.

We have also warned repeatedly about the dangers of these techniques crossing two scientific rubicons in allowing both germline alteration (generationally transmissible genetic modification) and also cell nuclear replacement.

These warnings have gone unheeded.

Most of the MPs who will be voting on Tuesday do not have scientific backgrounds and are not experts in ethics – and will be basing their votes on what they are being told by the scientific community.

It is therefore understandable that scientists and affected families want research into these two related ‘three-parent embryo’ techniques (pronuclear transfer and maternal spindle transfer) to go ahead.

But there are very good reasons for caution.

Furthermore four big questions remain: Is it safe? This is far from established. Will it work? We remain deeply sceptical. Is it ethical? There are huge ethical questions. Is it even necessary? There are actually already alternative solutions available for affected couples including adoption and IVF egg donation.

These technologies use similar ‘nuclear transfer’ techniques to those used in ‘therapeutic cloning’ for embryonic stem cells (which has thus far failed to deliver) and animal-human cytoplasmic hybrids (‘cybrids’).

The wild claims made about the therapeutic properties of ‘cybrids’ by the biotechnology industry, research scientists, patient interest groups and science journalists back in 2008 duped parliament into legalising and licensing animal human hybrid research.

Few now will remember Gordon Brown’s empty promises in the Guardian on 18 May that year of ‘cybrids’ offering 'a profound opportunity to save and transform millions of lives' and his commitment to this research as 'an inherently moral endeavour that can save and improve the lives of thousands and over time millions of people'.

That measure was supported in a heavily whipped vote as part of the Human Fertilisation and Embryology Bill, now the HFE Act. But ‘cybrids’, as we predicted at the time, are now a farcical footnote in history.

They have not worked and investors have voted with their feet. Ironically, it was in that same Act of Parliament, that provision for this new research was also made.

And yet it was the same scientists using much the same arguments who were pushing it through then. Such a track record does not engender trust in their judgments, especially when one considers the deep ideological and financial vested interests involved.

I have a profound sense of déjà vu here. History will of course prove who is right.

But don’t say we didn’t warn you.
Posted by Peter Saunders at 05:29