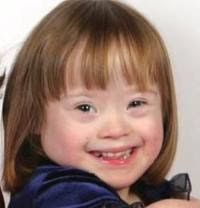 There was a tragic story in the Daily Mail yesterday titled ‘Having an amnio test ruined my life’.

It relates the testimony of Marie Ideson who was coerced by doctors into having an abortion for her 16 week old baby with Down’s Syndrome, a decision she now bitterly regrets. The incident led eventually not just to ongoing unresolved grief but also to the destruction of her marriage.

Down's syndrome screening has been around for a long time and relies on a variety of screening tests including ultrasound. Cases are then confirmed by the invasive tests of chorion villus biopsy and amniocentesis at 8 and 18 weeks gestation respectively.

Currently only pregnancies at high risk for Down’s Syndrome are screened (those involving older women) but I have blogged earlier about how new prenatal screening tests are making the elimination of all people with genetic disease ‘an achievable reality’.

Cell-free fetal DNA is DNA from the baby that has crossed the placenta into the mother’s blood. It makes up about 10% of all free DNA in the maternal blood and can now be examined to determine the baby’s sex and what genetic disorders it carries. It is extremely accurate but currently expensive. However the cost is expected to come down very rapidly in the near future.

Recently revealed statistics showed that between 2002 and 2010 there were 17,983 abortions of disabled babies. The overwhelming majority of these were for conditions compatible with life outside the womb and 1,189 babies were aborted after 24 weeks, the accepted age of viability.

Over the period 2002-2010 there were altogether 3,968 Down’s syndrome babies aborted and now over 90% of all babies found to have Down’s syndrome before birth have their lives ended in this way.

The problem is that increasingly many people, including doctors, believe that all babies with conditions like Down’s syndrome should be aborted and, as in the case described, this can lead to a huge amount of pressure being placed on parents to choose an abortion. These attitudes are not new and have extended to infanticide in some contexts. Witnessing one of these cases myself had a profound effect on me.

When I was a final year medical student a baby was admitted onto the paediatric surgical ward with duodenal atresia. A relatively straightforward operation would have saved her but, because she had Down's Syndrome, her parents opted not to treat. She was left alone in a side room, given large doses of morphine and effectively starved and dehydrated to death.

Some years later, when I was a senior registrar in general surgery, a woman in her 50s (again with Down's Syndrome) presented with obstructive jaundice secondary to a tumour of the Ampulla of Vater. The necessary Whipple's procedure, which involves removing duodenum, gall bladder, bile duct and half the pancreas, was a major undertaking, but there was no question in the minds of her family that she should receive the best care available. In fact she tolerated the procedure well and made an excellent recovery.

I have often reflected on these two cases and the different attitudes of the families involved. But treatment decisions like these may be consigned to history very shortly if current trends continue.

The number of Down's Syndrome pregnancies is increasing. There were 1,067 in England and Wales in 1989 but by 2009 this had risen to 1,887, mainly due to the fact that women are delaying having children until an age when the risk of having a child with this condition is higher.

But despite this the number of Down's Syndrome babies born alive each year has actually gone up only very slightly from 730 to around 753 over the same period. This is because our society is increasingly taking the view that it is better if children with this condition are not born at all. In 1989 there were only about 300 abortions for Down’s Syndrome but by 2009 1,171 babies with Down's Syndrome were diagnosed before birth, 62% of the total, and 92% of these were aborted. The number of abortions would have been much higher if more had been diagnosed before birth.

There is no doubt that bringing up a child with special needs involves substantial emotional and financial cost, and yet at the very heart of the Christian gospel is the Lord Jesus who chose to lay down his life to meet our own 'special needs'. The Apostle Paul tells us that Christ died for us 'when we were powerless' (Romans 5:6) and that 'bearing one another's burdens' is at the very heart of Christian morality (Galatians 6:1). For Christian doctors bearing burdens involves not only providing the best medical care for the most vulnerable members of our society, but also supporting their families in the long haul, being prepared to speak out when they are being treated unjustly and doing what we can to oppose unjust and discriminatory legislation and health policy.

All of us are called in a whole variety of ways to engage in the fight for these very special people and others in a similar position of vulnerability. Let's pray that we fight these battles well.
Posted by Peter Saunders at 02:24