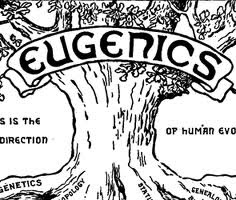 ‘Fetal DNA tests: Are we finally entering an era of eugenics?’ This was the question raised by Nancy Fliesler on the Vector blog last January.

As an Ashkenazi Jew planning to have a baby, Fliesler sought prenatal screening for Tay-Sachs disease, an incurable and lethal condition.

But she asks, ‘What about diseases that don’t severely limit lifespan and aren’t that disabling?’

What should we screen for? Down’s syndrome? Genes associated with bowel or breast cancer? X chromosomes? Where do we draw the line?

Up until now prenatal screening for genetic abnormalities has been carried out using amniocentesis or chorion villus biopsy at eight and twenty weeks gestation respectively. But both tests are invasive carry a risk of miscarriage. Consequently only women at high risk get screened.

Now, however, there is a new non-invasive test that is highly accurate for screening babies early in the first third of pregnancy.

Cell-free fetal DNA is DNA from the baby that has crossed the placenta into the mother’s blood. It makes up about 10% of all free DNA in the maternal blood and can now be examined to determine the baby’s sex and what genetic disorders it carries. It is extremely accurate but currently expensive. However the cost is expected to come down very rapidly in the near future.

This test may mean that every pregnant woman will in the future be tested at an early stage in pregnancy and offered an abortion if their baby carries any genes (including a female chromosome!) that they find undesirable.

As I blogged in July, recently revealed statistics showed that between 2002 and 2010 there were 17,983 abortions in this category. The overwhelming majority of these were for conditions compatible with life outside the womb and 1,189 babies were aborted after 24 weeks, the accepted age of viability.

As reported recently, fetal DNA blood tests to determine the baby’s gender are already sold privately in the UK and other countries and are extremely accurate fuelling concerns about further sex-selection abortions.

A recent review published in the Journal of the American Medical Association (JAMA), which looked at 57 studies representing 6,541 pregnancies, found that the blood tests gave a genuine result (sensitivity) 95% of the time and that this result was accurate or correct for gender (specificity) 98.6% of the time.

Research last December showed that the entire fetal genome (ie every gene of the baby) can now be identified from the maternal blood using technology already available. So if the price were to come down with further advance the potential is there to identify every baby with a genetic abnormality before birth.

The Sunday Times last weekend quoted a BMJ study saying that fetal DNA tests for Down’s syndrome were 98% accurate and adding that ‘it will be offered initially to parents with private medical cover and others who can afford a fee of £350’. The article claimed that it is also being evaluated for introduction by the NHS in about three years’ time.

The Human Genetics Commission (HGC), a government advisory committee, has already given the green light to preconception genetic tests saying that there are no specific ‘social, ethical or legal’ reasons that stand in the way. The UK National Screening Committee will now consider this advice as it decides whether widespread screening should be introduced in GP surgeries, family planning centres, IVF clinics or pharmacies.

So the only barrier remaining is cost. However, increasingly now, we hear, particularly at a time of economic recession and financial constraint, about the cost of caring for those with disabilities or disease. Cost saving works both ways.

But in reality, because of the very low frequency of genetic disease, the actual cost of prevention, treatment or cure as a percentage of the total health budget is very small indeed.

Let’s recognise and resist the eugenic mindset. Our priorities should be to develop treatments and supportive measures for those with genetic disease; not to search them out and destroy them before birth.