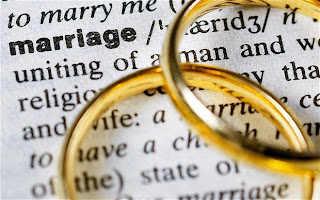 The Archbishop of York, Dr John Sentamu, is quoted in the Telegraph today as saying that marriage is still the bedrock of society which promotes love, care and forgiveness in relationships.

Last week, the same paper reported that a senior High Court judge, Sir Paul Coleridge, had launched a campaign to promote marriage and fight family breakdown. Sir Paul, 62, who has been married for almost 40 years, said that he was ‘unashamedly advocating marriage as the gold standard for couples where children are involved’.

The very same biblical definition of marriage has been part of British law for centuries and was formally defined in a famous court case late in the 19th century.

The classic legal definition of marriage dates back to that given by Lord Penzance in Hyde v Hyde in 1866:

So there are four conditions for a marriage:

By contrast the Civil Partnership Act 2004 (CPA 2004) defines civil partnership as a formal legal relationship between two people of the same sex formed when they register as civil partners of each other. It gives same-sex couples virtually all of the rights and privileges of married couples.

There are moves currently in both Scotland and Westminster to change the legal definition of marriage to include partners of the same sex.

Sentamu and Coleridge have given a strong lead in standing up for the uniqueness of marriage. It is now time for other Christian leaders to follow suit.

Let do everything possible to make sure they don’t. Marriage is special and unique. Marriage is marriage – one man, one woman, for life. It is not for governments to define - but simply to recognise.
Posted by Peter Saunders at 14:07