The case of ‘Martin’ – grandstanding by lawyers and the BBC 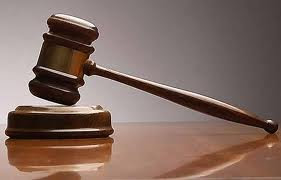 Lawyers for a stroke victim who wants help to end his ‘intolerable’ life can continue to act on his behalf without fear of prosecution or disciplinary action after a High Court ruling today.

They successfully urged two judges in London to grant them a declaration which will protect them and third parties, including doctors, during preparations for a ‘landmark’ judicial review action brought by a man in his 40s with ‘locked-in syndrome’.

Making the order, Lord Justice Toulson, sitting with Mr Justice Charles, described it as a ‘tragic’ and ‘exceptional’ case which raised ‘thorny legal and ethical issues’.

The claimant, who cannot be named but was referred to as Martin in court, suffered a ‘massive’ stroke three years ago at the age of 43, and describes his life as ‘undignified and intolerable’.

He is unable to move, is able to communicate only by moving his eyes, requires constant care, and is entirely dependent on others for every aspect of his life.

When his judicial review application is eventually aired at the High Court, Martin will challenge the Director of Public Prosecution’s policy on assisted suicide, which he argues is insufficiently clear and fails to have regard to someone in his position.

He is not requesting a change in the law but is asking that the DPP amend his current guidance so that professionals would not face criminal and/or disciplinary action if they helped him end his life.

The public interest test is decided on the basis of applying a number of criteria published following after a public consultation in February 2010.

Under one of these criteria the DPP is more likely to bring a prosecution if he believes that the assister is ‘acting in his or her capacity as a medical doctor, nurse, other healthcare professional, a professional carer (whether for payment or not), or as a person in authority...’

This clause has led medical insurance firms to urge doctors to exercise great caution when dealing with suicide cases and the matter is also the subject of a consultation about to be launched by the General Medical Council.

The judges today granted a declaration for the ‘broad purpose’ of ‘stating that the solicitors may obtain information from third parties and from appropriate experts for the purpose of placing material before the court and that third parties may co-operate in so doing without the people involved acting in any way unlawfully’.

Part of the order means that law firm Leigh Day & Co can communicate with Dignitas for information about its services and also take steps to ‘identify one or more people or bodies that might be willing to assist Martin’.

The judge said it ‘seems plain’ from the DPP's statement of policy that his wife would not be at risk of prosecution, should she assist him but she has made it clear that she ‘does not wish to play any part in hastening his death’. No other family member is willing to help him end his life.

Martin had ‘turned to solicitors to see whether there are lawful means by which he may achieve his wish’.

Lord Justice Toulson said the solicitors had made the application for the ‘protection’ of themselves and others they intend to approach, but ‘ultimately for the protection of Martin so he can obtain the advice and information he needs to have his application properly presented’.

The order they argue would provide ‘clarity’ for the solicitors and others.

It is hard to see why this case, which challenges the DPP’s policy about whether doctors and other professionals assisting with assisted suicide are likely to be prosecuted, should be getting such high profile news coverage.

It is currently at a very early stage and does not change the law in any way. All that has been granted in effect is permission to gather evidence to bring a case before the courts.

However, the fact that it has been seized upon and given such high prominence by the BBC, in what appears to be nothing other that a carefully calculated publicity stunt, speaks volumes about our national broadcaster’s ongoing commitment to cheerleading for assisted suicide and their blatant and consistent disregard for international media guidelines aimed at curbing suicide contagion.

Martin’s lawyers, Leigh Day & Co, also seem to be milking the case for all the publicity they can get. Quite why we needed all this hype and fuss just around gaining permission just to bring a case is rather odd – I suspect it is mainly just a bit grandstanding.
Posted by Peter Saunders at 10:48