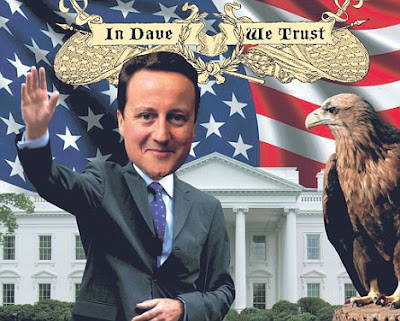 Unlike Australia where measures to legalise same sex marriage were defeated twice last week – once in each parliamentary house – the British parliament looks committed to legalisation.

The main difference seems to be the stance of the respective Prime Ministers – Australia’s premier Julia Gillard is opposed to legalising same sex marriage whereas David Cameron is for – some would say with a passion entirely out of proportion to the importance of the issue.

I have blogged frequently before on David Cameron’s obsessive commitment to same-sex marriage (see links below) which is a major contributor to the Tories losing almost two thirds of their party membership over the last five years.

But now it seems his passion to make this happen has led him to enlist help form across the Atlantic.

James Forsyth has an interesting short piece in the Mail on Sunday titled ‘Cameroons lead charge on gay marriage’ which reads as follows:

Downing Street is preparing a concerted push in favour of gay marriage.

There is a feeling within No 10 that opponents of the idea have been allowed to dominate the debate.

Campaigners from the American organisation Freedom to Marry were brought in earlier this month to advise on how best to make the case.

Particular emphasis was put on the need to make conservative arguments for gay marriage.

The Americans also urged the Cameroons to try to find religious leaders prepared to endorse the idea.

Among Conservative strategists there is a sense that, having personally identified himself with this cause, David Cameron cannot allow it to be defeated or drift down the agenda.

They believe that this issue speaks to the kind of optimistic, inclusive Conservative that Cameron wants to be and that voters find appealing.

However, there is still debate on whether there’s a need to launch a specifically Conservative campaign. Some argue that it is necessary to counteract the Coalition For Marriage, which is pressuring Tory MPs to oppose the measure.

Former Minister Nick Herbert is being primed by No 10 insiders to lead any Tory pro-gay marriage movement. He is passionate about the issue and has campaign experience, having run the successful drive against Britain joining the euro.

1. David Cameron’s promotion of the gay rights agenda is based on a false presupposition

2. David Cameron, by his comments about homosexuality, demonstrates that he does not understand what true tolerance actually is

3. Over half of British Christians would not back Tories if they push for same-sex marriage

7. Do you object to being labelled 'homophobic' when you are actually just 'homosceptic'?