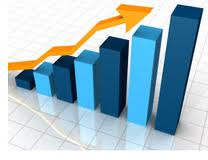 Euthanasia now accounts for 2.8% of all Dutch deaths.

In addition euthanasia for people with early dementia doubled to 49 last year and 13 psychiatric patients were euthanized, an increase of over 500% on the two reported in 2010.

But as alarming as these statistics may seem they tell only part of the full story.

On July 11, 2012, The Lancet published a long awaited meta-analysis study concerning the practice of euthanasia and end-of-life practices in the Netherlands in 2010 with a comparison to previous studies done in 1990, 1995, 2001 and 2005.

The Lancet study indicated that in 2010, 23% of all euthanasia deaths were not reported meaning that the total number of deaths that year was in fact not 3136 but 3859.

A significant proportion of these deaths involve doctors deeply sedating patients and then withholding fluids with the explicit intention that they will die.

As I reported recently, although official euthanasia deaths are rising year by year in the Netherlands, these deaths represent only a fraction of the total number of deaths resulting from Dutch doctors intentionally ending their patients’ lives through deliberate morphine overdose, withdrawal of hydration and sedation.

Euthanasia in the Netherlands is out of control.

The House of Lords calculated in 2005 that with a Dutch-type law in Britain we would be seeing over 13,000 cases of euthanasia per year. On the basis of how Dutch euthanasia deaths have risen since this may prove to be a gross underestimate.

I have never been convinced by the term ‘slippery slope’ which implies passive change over time. What we are seeing in the Netherlands is more accurately termed 'incremental extension', the steady intentional escalation of numbers with a gradual widening of the categories of patients to be included.

I recently described the similar steep increase of cases of assisted suicide in Oregon (450% since 1998) and Switzerland (700% over the same period).

The lessons are clear. Once you relax the law on euthanasia or assisted suicide steady extension will follow as night follows day.

There is more analysis of the latest Dutch figures on Alex Schadenberg’s blog.
Posted by Peter Saunders at 15:41