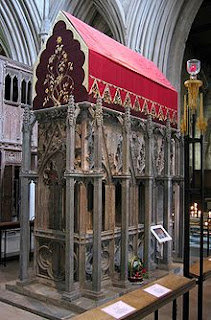 Last week was the 350th anniversary of ‘the great ejection’ of 24 August 1662 when over 2,000 ministers were thrown out of the Church of England for refusing to abide by the Act of Uniformity.

The Act required church leaders to give unfailing assent to the exclusive use of the prayer book, to promise not to take up arms against the king and to preach only if ordained by a bishop.

It was just after the English Civil War. Charles II had just acceded to the throne and John Bunyan, the author of Pilgrim’s Progress, had been in prison for two years in Bedford for ‘illegal preaching’ where he would stay until 1672.

In St Albans and surrounding villages there were a number of non-conformist ministers in Anglican churches and they were all thrown out.

When Nathaniel Partridge was removed from St Albans Abbey (now St Albans Cathedral) a man who tried to protect him, John Townsend, was shot dead by a local policeman.

These were the circumstances that led to the formation of our own church.

It was not the first time religious persecution had led to bloodshed in Hertfordshire . St Albans is named after Alban, who is generally accepted to be the first Christian martyr in Britain. He was a Roman resident of Verulamium, the Roman town on the site, at the time the third largest in Britain after London and Bath.

Whilst sheltering a priest fleeing from persecution Alban became a Christian himself and was beheaded for refusing to recant. The full civil trial that led to his execution in AD 209 was advised by the son of the Roman Emperor Septimius Severus who was visiting the town at the time.

After Verulamium had fallen into ruin they built a church and later a cathedral out of its bricks on the very spot where Alban had lost his life. The cathedral still contains a shrine dedicated to him (pictured).

In 1555 another non-conformist, George Tankerfield, was burnt at the stake outside the cathedral for refusing to believe the Catholic doctrine of transubstantiation (that the bread and wine at the eucharist literally become the body and blood of Jesus Christ).

One doesn’t face death now in Britain for becoming a Christian or refusing to believe denominational doctrine and certain not for being a non-conformist. Our current church meets peacefully just a hundred yards from the Cathedral gate.

But in recalling this history we were reminded of two things in church this morning.

First, doing the right thing before God can be costly. In so doing we may risk losing privilege, reputation, career, freedom of even life itself. But just as Jesus suffered ‘outside the camp’ (Hebrews 13:11-14) we are called to count the cost and walk in his footsteps.

The issues today are different. Christians are most likely to suffer discrimination, opposition or resentment for holding to ‘unwelcome truths’ like the exclusivity of salvation through Christ, or biblical teaching on sexuality, marriage or abortion than refusing to conform to ecclesiastical or state law forbidding change of religion. But the need to stand by conscience remains.

Second, we were reminded that God’s plans are never thwarted by evil. Just as he used Joseph’s kidnap to save the nation of Israel from extinction (Genesis 50:20) and Jesus death on the cross, the most iniquitous act in all history, to secure our own forgiveness and salvation so he was able to turn ‘the great ejection’ to serve his own purposes.

Nathaniel Partridge was just one of many of the 2,000 expelled clergymen who moved to other parts of the country to set up new churches that continued to preach the Gospel and to disciple a new generation of believers. Many also crossed the Atlantic, as the Pilgrim Fathers had done just 40 years previously, to establish a Christian presence in what was to become the United States of America and lay the framework for much international mission work which has reached to the very ends of the earth.

24 August 1662 may not be a well-known date but in God’s economy it has led to much blessing and growth in God’s Kingdom and marked the beginning of many thousands of churches of which our own is just one.
Posted by Peter Saunders at 08:20