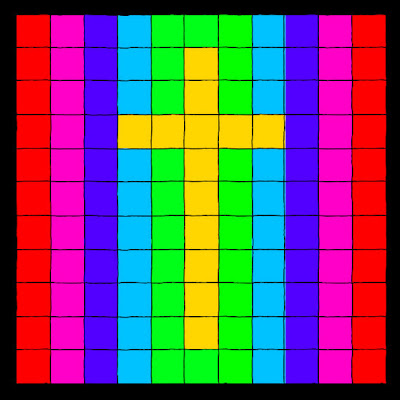 Because of the bias of the liberal press, Steve Chalke’s recent endorsement of permanent gay partnerships and the extreme unorthodox views of the ‘Accepting Evangelicals’ group, to which he belongs, have had an unhelpfully disproportionate amount of media coverage.

Many Christians are understandably confused.

I received this letter this week which I think is not an atypical experience.

I am publishing it anonymously with permission and have removed the name of the church.

‘My husband and I worship at a leading conservative evangelical Anglican church and we value the teaching we receive there. Our adult children come from different angles, one from a traditional evangelical church in London, the other from a more liberal Christian background. The recent Steve Chalke article will highlight the differences in our views. I have tried to find support for the evangelical views to enable us to discuss this from an informed evangelical point of view. Your blog has been useful but I wonder if you have any further areas you could direct us to? I would appreciate any help you can offer.’

So, here are some articles and resources that I hope are helpful (each title is hyperlinked)

1.A battle I face

Vaughan Roberts is Rector of St Ebbes Church in Oxford and a popular Christian author and conference speaker with an international ministry. He has also struggled personally with feelings of same-sex attraction. This testimony was published in Evangelicals Now last year and is clear, biblical, passionate and pastoral.

2.How can the Gospel be good news to gays?

Sam Alberry is associate pastor at St Mary’s Church in Maidenhead. This brief article is clear and compassionate taking a firm biblical stance on the issue but arguing that people with homosexual orientation need more grace and not less.

3.The Bible and Homosexuality

Greg Downes is theologian in residence at Christianity Magazine. This article which unpacks a traditional evangelical understanding of homosexuality appeared initially as part of a head to head with Steve Chalke but it has had very little publicity. It is an excellent overview of the main Scriptures and links to a longer article going into more detail.

4.Biblical and pastoral responses to homosexuality

This new book, published last summer by the Evangelical Alliance gives ten affirmations clearly setting out EA’s position on the subject. In explaining these affirmations it reviews biblical and scientific material and explores the pastoral outworking of an evangelical position. It will especially be of help to church leaders and pastoral workers as well as those with same-sex attraction seeking to live faithfully as Christian disciples.

This booklet was published just over a year ago by Christian Medical Fellowship and is jointly written by an evangelical theologian and a professor in psychiatry. It sets out a framework for Christian ministry among people with same-sex attraction which is psychologically rigorous, theologically orthodox and pastorally sensitive.

This is an article in the CMF File series which gives a basic overview of the subject of homosexuality from both a Christian and Medical perspective. Although I wrote it ten years ago before the Equality Act most of the material is still very much up to date. It is available in photocopiable pdf format so makes a useful handout.