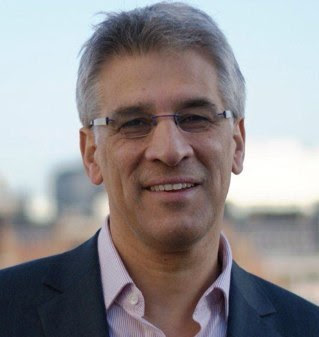 Controversial Baptist Minister Steve Chalke, who recently joined the ‘Accepting Evangelicals’ Group, which endorses gay marriage, has now written an article for 'Christianity' magazine, in which he more publicly confirms his support for ‘exclusive and permanent same-sex relationships’.

The Times reports (£) that he ‘changed his own mind, not just through personal opinion and experience, but as part of his growing understanding of the Christian Bible’.

He says that he ‘has written a special liturgy for gay partnerships’ that he has published on his Oasis charity website along with ‘a full evangelical exegesis of his pro-gay stance’.

Chalke's arguments run along similar lines to those of ‘Accepting Evangelicals’ leader Benny Hazlehurst, which I reviewed last weekend in more detail.

Chalke is no stranger to controversy, having previously described the biblical doctrine of ‘penal substitution’, whereby Jesus takes the punishment for our sins, as a form of ‘cosmic child abuse’.

Many evangelicals would argue that he has been moving away from an evangelical position on key doctrines for some years and that this latest announcement is simply a further step down this path.

This latest move will no doubt endear him to gay rights activists, the liberal press and the Prime Minister and has clearly been planned to impact on the imminent government debate on the gay marriage bill.

Greg Downes has outlined the traditional evangelical position alongside Chalke's piece in 'Christianity'.

The arguments of the ‘Accepting Evangelicals group have been ably refuted in a variety of recent works, and most recently in the Evangelical Alliance’s excellent summer 2012 publication ‘Biblical and pastoral responses to homosexuality’ which is available on the EA website and summarised here.

Other coverage and reaction