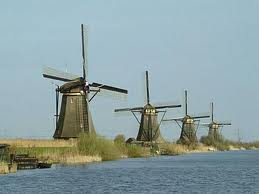 A 64-year-old woman suffering severe senile dementia has been euthanised in the Netherlands – even though she was no longer able to express her wish to die.

The unnamed woman was a long-term supporter of euthanasia and had made a written statement when she was still well, saying how she wished to die.

But the pensioner, who died in March, had been unable to reiterate her instructions as the disease progressed, Volkskrant reported.

Euthanasia is legal in the Netherlands provided the doctor believes the patient is making an informed choice and is suffering from unbearable pain. But once dementia has set in, it’s too late: even a living will made prior to the decline cannot be taken into account. The ‘solution’ that is being proposed, therefore, is to step out of life before the disease runs its course.

Cases of euthanasia in the Netherlands have risen from 2,500 in 2009 to 2,700 in 2010; but even more shocking, last year 21 persons suffering from the early stages of dementia, but who were otherwise in good health, were euthanized. All of these 21 ‘mercy killings’ were subsequently approved by the official euthanasia follow-up commission.

63-year-old Guusje de Koning was one of the ‘beneficiaries’ of euthanasia last year. In a video shot by her husband four days before her death, and aired on the television station, she explained her choice to be killed to her two children.

Her image is now being used to support the notion that killing of people in the first phase of dementia is a good way to avoid both suffering and the excessive cost of healthcare for elderly Netherlanders.

The 2005 official study of euthanasia in the Netherlands indicated that 7.1% of all deaths were by intentional sedation and dehydration. By 2007 this had grown to 10%.

Just last month it was reported that the Dutch Medical Association was seeking to expand the practice of Euthanasia in the Netherlands to include more people under the ‘unbearable suffering’ that allows physicians to kill patients and the elderly.

Dutch Radio Worldwide reported: ‘Until now, factors such as income or a patient’s social life played almost no role when physicians were considering a euthanasia request. However, the new guidelines will certainly change that. After almost a year of discussions, the KNMG has published a paper which says a combination of social factors and diseases and ailments that are not terminal may also qualify as unbearable and lasting suffering under the Euthanasia Act.’

In other words the scope of those now qualifying now includes those who are lonely. The situation in the Netherlands gives a stark warning about the incremental extension that inevitably accompanies a change in the law to allow euthanasia. It extends from voluntary to involuntary, from adults to minors and from those with terminal illness to those with chronic illness and disability.

In 2006 a House of Lords Committee calculated that a Dutch-type law in the UK would lead to 13,000 cases of euthanasia per year here – a huge increase on the 20 or so Brits who travel abroad to end their lives at the Dignitas facility in Switzerland each year. These estimates would be even higher now.

Britain is about to be greeted over the next few months by a rigged commission recommending a change in our law and three new bills – in the Isle of Man, Scotland and Westminster – seeking to decriminalize assisting suicide.

But legalising assisted suicide or euthanasia in Britain would be a recipe for the abuse and exploitation of elderly, dying and disabled people. Combine that with economic recession, growing unemployment and rising cost of living – with many families feeling the pinch – and you have a very lethal cocktail indeed.

There are currently 750,000 people with dementia in the UK but by 2021 this will have increased to over a million. There are many people who have a financial or emotional interest in their deaths. Let’s not give them any encouragement.

Any move to weaken the law must be roundly rejected. Better care and more legal protection is the right way forward.
Posted by Peter Saunders at 14:17