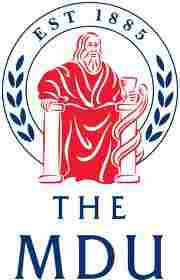 The Medical Defence Union (MDU) in its latest advice to doctors (MDU Journal, Volume 27 issue 2 November 2011, Page 24) has published a case study to emphasise the point that doctors who supply medical records to patients who are intending to commit suicide could well be prosecuted.

This lists 16 criteria which make prosecution more likely in any case of assisted suicide. One of these (14) is that ‘the suspect was acting in his or her capacity as a medical doctor, nurse, other healthcare professional, a professional carer [whether for payment or not], or as a person in authority, such as a prison officer, and the victim was in his or her care’

Encouraging or assisting a suicide is a crime carrying a discretionary custodial sentence of up to 14 years. The MDU’s case study reproduced below is largely accurate in its conclusions except that it misquotes the Suicide Act 1961, which was actually amended in 2010 by section 59 the Coroners and Justice Act 2009.

The error is understandable given that the government hasn’t yet got around to amending the legislation on its own website even though the law was passed over two years ago!

In short, the words ‘aid, abet, procure or counsel’ have been updated to ‘encourage or assist’. The change was aimed at preventing the internet promotion of suicide.

Under the current law a person commits an offence ‘if (he/she) does an act capable of encouraging or assisting the suicide or attempted suicide of another person, and the act was intended to encourage or assist suicide or an attempt at suicide’.

Regardless of the unintentional error the MDU’s advice is very clear and should leave doctors in no doubt about any attempt to assist suicide even by simply providing documentation to a patient.

A consultant in palliative care received a request for medical records from a patient with multiple sclerosis. The patient had previously expressed her wish to arrange an assisted suicide and had approached her GP for a medical report and insertion of a cannula. The GP had refused to comply with her request. This consultant was in no doubt as to the patient’s motivation for requesting her records and rang the MDU advice line to find out what the repercussions might be if he complied and the patient later committed suicide.

The MDU adviser confirmed the consultant’s belief that if he knowingly assists a patient in committing suicide, he would be committing a criminal offence.

A doctor could face a criminal investigation if alleged to have assisted a patient with the act, even if the assistance is in the form of advice to the patient. Even if criminal proceedings do not follow, the GMC may still decide to investigate the doctor’s fitness to practise. The member was therefore advised not to engage in discussion about this matter with the patient.

Section 2(1) of the Suicide Act 1961 states: ‘A person who aids, abets, counsels or procures the suicide of another, or an attempt by another to commit suicide, shall be liable on conviction on indictment to imprisonment for a term on exceeding 14 years.’

Although the Director of Public Prosecutions has decided in the past that it would not be in the public interest to prosecute those who have assisted, for example, patients travelling to Switzerland to commit suicide, the decisions have been case-specific and do not change the legal position for doctors caring for a patient.

It should also be noted that while healthcare professionals must follow an advance decision if it is valid and applies to the particular circumstances when a competent patient wishes to refuse treatment, this is not the same thing as taking active steps to kill a patient. Although the Mental Capacity Act 2005 provides for patients to make a written statement requesting certain treatment of expressing a preference, such statements will certainly not legally require doctors to take active steps to bring about a patient’s death and indeed Section 62 of the Act specifically states that nothing in the Act is to be taken to affect the law relating to murder, manslaughter or assisted suicide.
Posted by Peter Saunders at 13:58