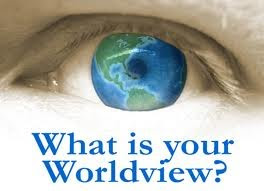 ‘The unexamined life is not worth living.’ said Socrates at his trial for heresy. Socrates was on trial for encouraging his students to challenge the accepted beliefs of the time and think for themselves.

My conclusion after twenty years of Christian ministry amongst university students is that most have unexamined lives. They neither challenge the accepted beliefs of our time nor think for themselves. Their beliefs are rather an inconsistent smorgasbord of borrowings from a variety of sources passively absorbed without proper evaluation.

Yet the presuppositions which we bring to the world are incredibly important and have profound implications for the way we live and for our search for meaning and purpose.

You can establish a person's worldview by asking them the following set of questions:

Why do humans have significance?
What are human beings?
What happens after death?
How do we decide what is right and wrong?
How can we discover truth?
Does God exist?

Dave Montoya’s excellent (though dated) on line survey can quickly establish someone’s worldview with these six questions in a multi-choice format.

On the basis on answers given to these questions most people can be grouped very broadly into three worldview categories: theist, atheist and pantheist.

Theists include Christians, Muslims and Jews; atheists include those with the perspective of the Communist world and the post-Christian West and pantheists broadly include those religions akin to the Hindu tradition and the New Age movement. Montoya further divides atheists into rationalists, existentialists and nihilists.

Building on the six questions above here are an alternative ten questions that everybody should ask themselves.

I have simply taken the questions raised by John Patrick in his excellent essay ‘Nine questions everyone must face’ and rounded them up to ten.

As John argues, ‘all the world's great religions know about these questions, only in the late twentieth century has a culture arisen that tries to pretend they don't exist. The result is the morass of drugs and depression, the epidemic of sexually transmitted disease, the scars of infidelity and divorce and the wastelands of burnout which characterize us so pathetically.’

Have you asked them of yourself? If so have you asked why you answer them in the way that you do? And have you worked through their practical implications? If not perhaps it is time to start.