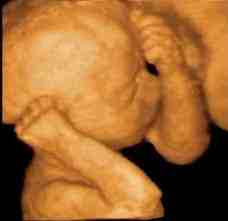 Children with special needs can be a great challenge to care for but a tragic story from Australia this week demonstrates that the search for the perfect child can have devastating consequences.

A hospital in Australia is making news for having killed the ‘wrong’ twin in a selective abortion. The mother of the two babies had wanted to abort the baby who doctors said had little chance to live. But now, both babies are dead.

The Herald Sun newspaper reports that the unnamed woman from Victoria had already named her unborn children when doctors told her one of the unborn babies had a congenital heart defect that would require years of operations, assuming the baby survived long enough to have them.

The mother decided to have an abortion, terminating the life of one of her unborn children and allowing the other baby to live.

The newspaper indicates an ultrasound technician checked on the healthy baby before the abortion and determined that the child was in a separate amniotic sac from its sibling. However, the abortion, which took place last Tuesday afternoon, went awry and the wrong baby was injected with drugs meant to end his or her life.

After the mother was informed of the error, doctors did an emergency Cesarean section and the sick unborn baby was 'terminated' in a three-hour operation, the newspaper indicates.

A friend of the mother told the newspaper she is having a difficult time following the error.

“She went to the hospital with two babies and now she has none. And she had the heartache of giving birth to her sick baby. She’s traumatized,’ she said. ‘The hospital said it had followed correct procedure, but how could this happen? The ultrasound clinician said she checked three times before the termination because she didn’t want to make a mistake.’

The newspaper indicates the family is considering legal action.

Ertelt goes on to relate the stories of other similar cases around the world.

The story graphically illustrates the grim reality of the ‘search and destroy’ approach to unborn babies with special needs. Such procedures are now very common although very few involve twins.

It is interesting that the killing of an ‘unwanted’ child with special needs in the womb is regarded as ‘normal’ whilst the killing of a ‘wanted’ normal child is seen as a tragedy and worthy of international news coverage.

And yet if the ‘abnormal’ baby had actually been born, doctors would presumably have done everything possible to provide what treatment or care they could. After all the twins were at 32 weeks gestation, 8 weeks past the accepted threshold of viability. Instead however they ensured that it was not born alive by 'terminating it'.

Of course if the second ‘normal’ child had also been ‘unwanted’ then the story would not have warranted a mention. Abortion of ‘unwanted’ ‘normal’ babies takes place over 40 million times every year around the world.

The British Abortion Act 1967 currently allows abortion up until birth where there is a ‘substantial risk’ or a ‘serious handicap’ – so-called ground E - but this is currently interpreted very liberally indeed.

As I blogged previously, recently revealed statistics showed that between 2002 and 2010 there were 17,983 abortions in this category. The overwhelming majority of these were for conditions compatible with life outside the womb and 1,189 babies were aborted after 24 weeks, the accepted age of viability.

This story is a stark warning to recognise and resist the eugenic mindset. Our priorities should be to develop treatments and supportive measures for those with genetic disease; not to search them out and destroy them before birth.

Tragically, if this woman had not sought to intervene both her babies would probably still be alive, one needing further treatment and one not.
Posted by Peter Saunders at 06:05