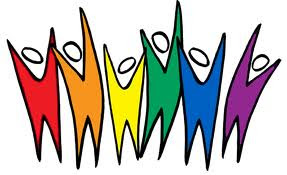 Many people believe that homosexual and heterosexual are distinct biological categories like race – unchangeable, biologically fixed and genetically determined. It is on the basis of this view that the gay rights lobby and sections of the media argue that 'homophobia' is a form of discrimination akin to racism.

But this view is being increasingly challenged, not least by gay rights activists themselves. In a recent Huffington Post article that has generated a huge amount of attention, 'Future Sex: Beyond Gay and Straight', (1) Peter Tatchell affirms both the spectrum and also the fluidity of sexual attraction.

Regarding bisexuality he says: 'We already know, thanks to a host of sex surveys, that bisexuality is a fact of life and that even in narrow-minded, homophobic cultures, many people have a sexuality that is, to varying degrees, capable of both heterosexual and homosexual attraction.'

'Research by Dr Alfred Kinsey in the USA during the 1940s was the first major statistical evidence that gay and straight are not watertight, irreconcilable and mutually exclusive sexual orientations. He found that human sexuality is, in fact, a continuum of desires and behaviours, ranging from exclusive heterosexuality to exclusive homosexuality. A substantial proportion of the population shares an amalgam of same-sex and opposite-sex feelings - even if they do not act on them.'

What is the relative ratio of bisexuality to exclusive homosexuality? For each man who is 'completely homosexual' (Kinsey score 6) there are three with varying shades of bisexuality; but for women the ratio is 1:16. (5)

Sexual attractions are therefore best understood as lying on a spectrum rather than in terms of a simple dichotomous binary categorisation, and mixed patterns of sexual desire, including attraction to both sexes at the same time, appear to be more common than exclusive same sex attraction, especially among women.

But the concept of a spectrum of sexuality–known for decades, but often ignored–also calls into question simplistic analogies between sexual orientation and race.

Conflating sexual orientation and race is not really comparing like with like. It is what is called a 'category error'.

From the Spring 2012 edition of Triple Helix
Posted by Peter Saunders at 02:18