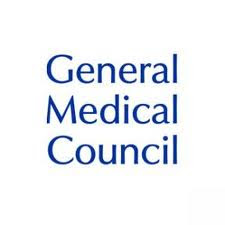 Doctors who refuse to prescribe contraceptives to unmarried women or refuse to provide sex-change operations risk being struck off the medical register according to new draft guidance issued by their regulatory body.

The new draft guidance from the General Medical Council, ‘Personal beliefs and medical practice’, has been issued today and is subject to consultation. It warns that ‘serious or persistent failure’ to follow it ‘will put your registration at risk’.

The guidance recognises that ‘in some areas the law specifically entitles doctors to exercise a conscientious objection’ and opt out of ‘particular treatments or procedures’. It cites as examples ‘the right to refuse to participate in terminations of pregnancy’ and ‘participating in any activity governed by the Human Fertilisation and Embryology Act 1990’.

It also allows doctors to opt out of providing other procedures or treatments provided that they ‘make sure that the patient has enough information to arrange to see another doctor who does not hold the same objection as you’.

In other words, they can object, but have a duty to ensure that the patient sees another doctor who does not object.

However, the GMC makes two clear exceptions to this rule, with regard to contraception and sex-change operations.

Similarly although doctors ‘may choose to opt out of providing a particular procedure because of (their) personal beliefs and values’, the guidance says that ‘the exception to this is gender reassignment since this procedure is only sought by a particular group of patients and cannot therefore be subject to a conscientious objection’.

The guidance claims the support of the Equality Act 2010 for these two positions.

A recent parliamentary enquiry, ‘Clearing the Ground’, concluded that ‘Christians in the UK face problems in living out their faith and these problems have been mostly caused and exacerbated by social, cultural and legal changes over the past decade.’

I have previously highlighted the fact that recent legislation, and regulations claiming to be derived from it, are being used marginalise Christian health professionals in Britain.

This new GMC draft guidance is yet another example. It is essentially a clever piece of double-speak. On the one hand it says that 'doctors should be free to practise medicine in accordance with their beliefs', but if this involves 'denying patients access to appropriate medical treatment or services' then they must 'be prepared to set aside their personal beliefs'.

The problem is that 21st century British medicine now involves practices which many doctors regard as unethical. This latest guidance by the GMC will therefore be seen by a many as a further attack on the right to practise independently in accordance with one's conscience which lies at the heart of being a true health professional.

I suspect it will also further undermine the credibility of the GMC.

A significant number of doctors do not wish to be involved in sex-change operations or prescribing contraceptives to unmarried couples and will not want to be forced to make arrangements for patients to undergo procedures or 'treatments' which they regard as unethical.

But it appears that these doctors, if this guidance emerges from this consultation unchanged, will soon be at risk of losing their licences to practise medicine.

(See CMF submission to GMC on previous draft of 'Personal Beliefs and Medical Practice')
Posted by Peter Saunders at 14:57