Christian conscience, the Bible and the law 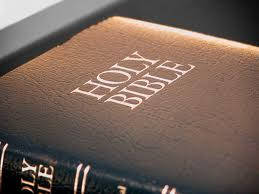 Are there any circumstances in which Christians should disobey the law?

The Bible teaches us in both Old and New Testaments that it is God himself who institutes human authorities:

'..the Most High is sovereign over the kingdoms of men and gives them to anyone he wishes.' (Dan 4:25)

'The authorities that exist have been established by God.' (Rom 13:1)

This raises the issue of what we should do in circumstances where obeying the governing authority involves disobeying some other command of God. It seems in Scripture that there is a place for godly civil disobedience. Let us consider some examples.

The Hebrew midwives when ordered by the king of Egypt to kill all male Hebrew children refused to do so and as a result we are told that God commended and rewarded them (Ex 1:15-22). Rahab the harlot similarly refused to co-operate with the king of Jericho in handing over the innocent Israelite spies (Jos 2:1-14). She is later praised for her faith in so doing (Heb 11:31; Jas 2:25).

The prospect of death as a consequence of disobedience to state law did not stop Shadrach, Meshach and Abednego refusing to bow down to the image (Dan 4:6-8), or Daniel persisting with public prayer (Dan 6:1-10). They were defiant and their obedience was rewarded when God intervened miraculously on both occasions to save them.

In the New Testament when Peter and John were commanded by the Jewish authorities not to preach the Gospel they replied 'We must obey God rather than men' and went right on doing it (Acts 5:29). Many of the prophets and apostles and of course Jesus himself were killed precisely because they chose to obey God in what they said and did, in situations where his commands and those of human authorities conflicted.

In John's vision described in Revelation 13 the beast which is given (by God) authority over every tribe, people, language and nation is clearly not to be obeyed in the matter of receiving a mark to enable buying and selling (Rev 13:15-16). To the contrary, those who take the mark ultimately share the fate of the devil himself (Rev 14:9-12).

So while recognising that we have an obligation to obey the governing authorities God has instituted, our obedience to God himself takes precedence if there is a conflict.

If we decide that as Christians, for example, that we should not be ‘shedding innocent blood’ through abortion or euthanasia (and personally I believe Scripture leaves us no other option) it must follow that in spite of what governments and medical associations may decree, we must obey God first. Any ‘discipline’ that may follow simply has to be accepted as part of the cost of following Christ in an increasingly godless world.

To disobey God for fear of losing career, reputation or respect is surely to make idols of these things. We cannot say that in our hearts we worship God if our actions betray that we don't. Could we imagine Daniel, Shadrach or Jesus himself bottling out at the last moment on the grounds that the cost of obedience to God was too high?

What then of our involvement at other levels? If we decide that as Christian doctors we should not participate in the ‘shedding of innocent blood’, then surely this must have implications for other levels of involvement. If we 'participate' by filling out forms authorising abortions, preparing patients for the procedure or referring to others whom we know will do the same aren't we giving tacit approval to the whole process?

Shouldn't we rather observe the apostolic directive:

Hasn't the time come to:

Taking innocent human life is contrary to the whole strategy of medicine. It runs not only counter to Christian ethics but to the Hippocratic Oath and the Declaration of Geneva, which the BMA not so long ago embraced.

We must conscientiously object.

The same principles apply when the law commands us to do other things which we believe are wrong or to stop doing things that we believe are our duty before God.
Posted by Peter Saunders at 02:41