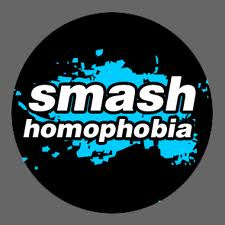 The Associated Press has nixed the term ‘homophobia’ from its Style Book.

The online Style Book now says that ‘-phobia’, ‘an irrational, uncontrollable fear, often a form of mental illness’ should not be used ‘in political or social contexts’, including ‘homophobia’ because ‘a phobia is a psychiatric or medical term for a severe mental disorder’.

AP Deputy Standards Editor Dave Minthorn said that ‘Homophobia especially is just off the mark. It's ascribing a mental disability to someone, and suggests a knowledge that we don't have. It seems inaccurate. Instead, we would use something more neutral: anti-gay, or some such, if we had reason to believe that was the case.’

‘We want to be precise and accurate and neutral in our phrasing,’ he said.

Wikipedia currently defines ‘homophobia’ as ‘a range of negative attitudes and feelings towards homosexuality and people identified or perceived as being homosexual’.

In keeping with this view, author, activist, and civil rights leader Coretta Scott King in a 1998 address, equated homophobia to ‘racism and anti-Semitism and other forms of bigotry’ on the grounds that ‘it seeks to dehumanize a large group of people, to deny their humanity, their dignity and personhood’.

However when the term was first used it actually meant something quite different.

The word homophobia first appeared in print in an article written for the 23 May 1969 edition of the American tabloid Screw, in which it was used to refer to heterosexual men's fear that others might think they are gay. It has also been used to describe a fear of people who ‘come out’ as homosexual.

These definitions are much more in keeping with the literal meaning. After all, a phobia is a fear: claustrophobia, arachnophobia and acrophobia being fears of closed spaces, spiders and heights respectively.

But more recently the term has been almost exclusively used to describe anyone who publicly opposes the demands of the gay rights lobby. The aim has generally been to silence and marginalise opposition and to close down rational debate. By labelling opponents as 'homophobic' campaigners are able to demonise opponents by implying their views are purely the product of prejudice, thereby avoiding having to engage seriously with their arguments.

For people who don’t hate, dislike or fear gay people, but simply believe that sex between people who are not married (including all sex between those of the same sex) is morally wrong, journalists clearly now need a new term.

I’d like to propose that the media start using the term ‘homosceptic’ – which the Urban dictionary defines as ‘a member of society who does not hate homosexuals, but generally does not agree with the principle of homosexuality in moral and ethical terms’.

As I’ve previously argued this term could be broadened to include ‘being sceptical about the key presuppositions of the gay rights movement’ such as the beliefs that: