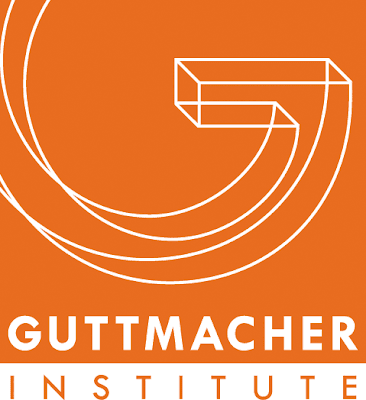 I have recently reviewed a landmark paper by Koch and colleagues critically examining the methodology used by the Alan Guttmacher Institute (AGI) to estimate abortions in Mexico.

The AGI has long been looked to by decision-makers to provide statistics on abortion and by pro-abortion activists to argue that making abortion ‘legal and safe' all over the world will actually reduce the overall number of abortions.

It is now evident, however, that their methodology is profoundly flawed.

It may well be that there are not 42 million abortions worldwide annually, as AGI claims, but much closer to half this number.

The upshot of this is that their estimates of abortion in developing countries are astonishingly wayward and a major plank of their argument for legalisation is thereby kicked away (I have previously exposed the way in which inaccurate figures about deaths from illegal abortion have been similarly distorted by pro-abortion activists).

Here is the full press release of 6 December from Koch and Colleagues about their recent paper.

Abortion figures estimated through opinion surveys in Mexico are inconsistent with the significant decrease in abortion mortality in the country, study finds

Summary: There seems to be a paradox between estimated abortion figures and the significant decrease in abortion deaths in Mexico. A multinational collaborative study shows up to 10-fold overestimation of the actual induced abortion figures in Mexico DF when opinion surveys were used. Moreover, the report shows that 98% of maternal death causes are unrelated to induced abortion, highlighting the importance of increasing emergency and specialized obstetric care in Mexico to improve maternal health.

A collaborative study conducted in Mexico by researchers from the West Virginia University-Charleston (US), Universidad Popular Autónoma del Estado de Puebla (México), Universidad de Chile and the Institute of Molecular Epidemiology of the Universidad Católica de la Santísima Concepción (Chile), revealed that opinion surveys used by researchers from the Guttmacher Institute overestimated figures of induced abortion in the Federal District of Mexico (Mexico DF) up to 10-fold. The research recently published in the International Journal of Women’s Health highlights that the actual figure of induced abortion in Mexico DF has not surpassed 15,000 per year according to the official registry. “During 2009, the number of induced abortions in Mexico DF was 12,221, which directly contradicts the figure of 122,355 induced abortions estimated by opinion surveys for the same year, resulting in a 1000% overestimation” pointed out Elard Koch, the Chilean epidemiologist leading the research.

The research group directly compared the estimations of induced abortion reported by the Guttmacher Institute and the actual figures reported by the GIRE (from the Spanish acronym Grupo de Información en Reproducción Electiva), institution that maintains epidemiological surveillance of abortion in Mexico DF since its decriminalization in 2007. The researchers detected that discrepancies found between estimated and actual figures are likely due to the subjective and potentially biased nature of opinion surveys, which have estimated figures as large as 1,024,424 induced abortions per year for the entire Mexican country. “This is a perfect example demonstrating that methodologies used for estimating figures of induced abortion and related indicators, such as abortion mortality rates, need constant re-evaluation and scrutiny by the scientific community in order to provide the best epidemiological data to be used for public policies of any region” explained Byron Calhoun, specialist in Obstetrics and Gynecology from the West Virginia University-Charleston and co-author of the study.

Paradoxically, the study also shows that abortion mortality in the whole Mexican country has decreased to the point that approximately 98% of total maternal deaths are related to hemorrhage during childbirth, hypertension and eclampsia, indirect causes and other pathological conditions. Koch explained that “given the low figures of abortion deaths observed in Mexico and previous results observed in the Chilean natural experiment published in May of this year in PLoS ONE, it is very improbable that changes in the legal status of abortion can elicit significant effects to decrease maternal mortality in these Latin American countries.” For instance, out of the 1207 total maternal deaths registered in Mexico during 2009, only 25 could be attributable to induced abortion, resulting in a mortality rate of 0.97 per 100,000 live births. In the case of Chile, out of a total 43 maternal deaths observed during 2009, only 1 could be attributable to induced abortion, with a mortality rate of 0.39 per 100,000 live births. “To evaluate what are the main causes of maternal death is crucial to promote adequate Public Health policies and allocation of resources in developing countries.” Koch and Calhoun agreed.

A fact that concerned the researchers is that part of maternal deaths due to induced abortion in Mexico may be related to violence against women during pregnancy, whose prevalence has increased alarmingly in the country. Surveys of violence against women (Encuesta Nacional sobre Violencia contra las Mujeres, ENVIM) conducted in 2003 and 2006 show an increase in the prevalence of intimate partner violence from 9.8% to 33.3% and of physical violence during pregnancy from 5.3% to 9.4%. “In addition to some deaths due to spontaneous miscarriages rapidly complicated by sepsis, membrane rupture and subsequent abortion are often observed in pregnant women suffering episodes of excessive physical violence, falls or accidents. If these women do not receive prompt medical attention, they may die from clinical complications. It is important to remark, that any of these deaths cannot be avoided by promoting changes in abortion legislations simply because they are the result of other causes, especially septic shock resistant to antibiotic treatment” said Koch.

The researchers stated that implementation of emergency obstetric units and timely access to specialized medical care for high-risk pregnancies, especially in the most vulnerable regions, are key to further reduce maternal mortality in Mexico. “Hundreds of Mexican women continue to die due to hemorrhage, eclampsia and indirect causes; this suggests very concrete strategies that clearly are unrelated to the legal status of abortion” Koch and Calhoun concluded.