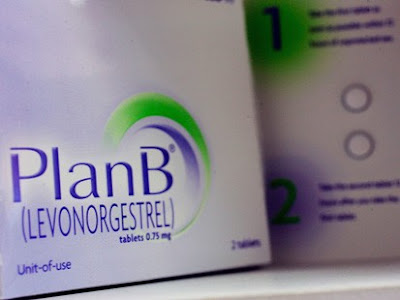 A new American study published this week has shown that making emergency contraception available free over the counter without prescription leads to an increase in rates of sexually transmitted infections and does not decrease pregnancy or abortion rates.

In the new study, Christine Durrance, Assistant Professor of Public Policy at the University of North Carolina, Chapel Hill, used county-level data as well as specific timing of changes in pharmacy access to consider the intended and unintended consequences of pharmacy access to emergency contraception in Washington.

The results indicated that while county-level access to emergency contraception was unrelated to trends in STIs and abortions before access changed, access afterwards caused a statistically significant increase in STI rates (specifically gonorrhea rates), both overall and for females, and statistically significant decreases in abortion rates for some ages. These results were robust to several specification tests and falsification tests.

The results are almost identical to those of a British study published in the Journal of Health Economics (full text) in December 2010 and reported in the Daily Telegraph in January 2011.

This research, by professors Sourafel Girma and David Paton of Nottingham University, compared areas of England where the scheme was introduced with others that declined to provide emergency contraception free from chemists (See my previous blogs on this here and here).

In fact, in a systematic review published in 2007, twenty-three studies published between 1998 and 2006, and analyzed by James Trussell’s team at Princeton University, measured the effect of increased EC access on EC use, unintended pregnancy, and abortion. Not a single study among the 23 found a reduction in unintended pregnancies or abortions following increased access to emergency contraception (see also fact sheet here).

International research has consistently failed to find any evidence that emergency birth control schemes achieve a reduction in teenage conception and abortion rates. But now there is growing evidence showing that not only are such schemes failing to do any good, but they may in fact be doing harm.

Making the emergency contraceptive pill available over the counter free, without prescription, is sadly an ill-conceived knee-jerk response to Britain’s spiralling epidemic of unplanned pregnancy, abortion and sexually transmitted disease amongst teenagers. It is also not evidence-based.

The best way to counter the epidemic of unplanned pregnancy and sexually transmitted disease is to promote real behaviour change. The government would be well advised to enter into dialogue with leaders of communities in Britain where rates of sexually transmitted diseases and unplanned pregnancy are low, especially Christian faith communities, to learn about what actually works.

Church-based programmes such as Love for Life (Northern Ireland), Love2last (Sheffield), Challenge Team, Romance Academy or Lovewise (Newcastle) are getting great results and have much wisdom to pass on. How about financing some serious research into examining them in more depth?
Posted by Peter Saunders at 14:08